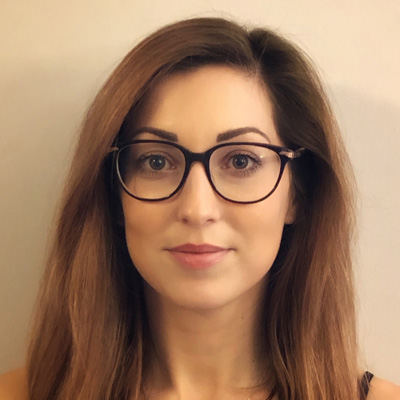 Despite the remarkable impact of UK and global vaccination programmes, we are seeing the return of vaccine-preventable diseases. Here, we take a historical perspective to see how far we’ve come.

Vaccination is the most effective public health intervention available, ranking second only to clean water for disease prevention. Despite the availability and affordability of vaccines, immunisation rates are falling in some countries. In the digital age of information sharing, alternative views and an emphasis on individual choice are high on the agenda, and we must recall how far we’ve come in the prevention of infectious disease, before we slide backwards.

Infectious diseases in the UK

In 2019, the biggest threats to the life of someone aged 20-34 in the UK are external factors (suicide, transport accidents, substance poisoning), and the average life expectancy is 81. If we look back to 1919, just 100 years ago, the biggest threat to someone aged 20-34 was infection. In fact, infectious diseases were the leading cause of death for all age categories up to age 70, and the average life expectancy was 51 years.

Spanish flu wiped out 3% of the population in 1918

In 1918, a devastating global outbreak of influenza, known as the ‘Spanish Flu’, spread across the world. 500 million people were infected, and between 50 and 100 million people died – 3% of the world’s population. 100 years on, we should reflect on how we’ve achieved this impressive transformation to protect our people, and how we would tackle an outbreak of influenza today.

Smallpox is an infectious disease with symptoms such as vomiting, fever and a skin rash leaving scars. The disease caused 400,000 deaths per year in Europe in the 18th century, with the risk of mortality as high as 80% in infants in London.

Edward Jenner first discovered ‘vaccination’ by introducing cowpox material under the skin to protect children from smallpox in 1796, and in 1853 a Parliamentary Act was passed making vaccination with cowpox compulsory for infants.

By the end of the 19th Century, up to 85% of children were vaccinated against smallpox, and with the continued efforts to protect infants against the disease, we achieved global eradication in 1980.

Health security for the future

We also have the technology to develop vaccines in response to disease epidemics, like the Ebola crisis experienced in recent years. Epidemiologists, molecular biologists and genomics experts examined a sample of Ebola virus during the outbreak in 2013, and by the end of 2014 they had developed a safe and effective Ebola vaccine. This vaccine has been used in the Democratic Republic of Congo since 2015 to protect people in the area from those already infected.

These research developments allow us to protect children and families around the world, preventing the wider spread of disease. With our society becoming more global through increased travel, infectious diseases have the potential to threaten the whole planet, affecting people from many countries and cultures.

Vaccine complacency is perpetuating the spread of measles in Europe

Moving back to 2019, the problem we currently face is multi-fold. While the eradication of smallpox and the near eradication of polio are incredible achievements in medical history, the result of such overwhelming success is that we often consider these ‘issues of the past’.

The threat of severe, highly contagious diseases is perceived to be low in developed countries, in part due to our limited experience of the devastating impact infectious diseases like smallpox and polio can have. For others, this is not a main motivating reason not to vaccinate.

However, vaccine complacency poses a serious risk, and we are beginning to see the return of diseases like measles in Europe, despite the incredible impact of the measles vaccination programme, which is estimated to have prevented 21 million deaths. This is a disease that is becoming increasingly prevalent around the world, with 110,000 deaths globally in 2017, mostly in children under five years of age. This resurgence is particularly concerning, given that we can protect our children using a safe and effective vaccine.

Vaccines have the potential to protect our people from the serious threat of infectious diseases, but this will only be achieved if we uphold the value of this remarkable health intervention.