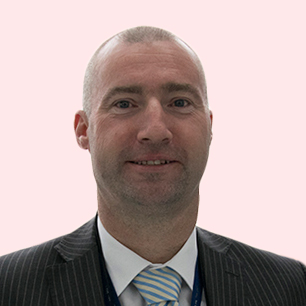 Urinary tract infection (UTI) is very common, especially among females, and around half of all women will experience a UTI in their lifetime. Typical symptoms would include pain on passing urine, frequent urination and dark, cloudy or strong-smelling urine.

Traditionally, UTI has almost always been treated with a course of antibiotics, but recent publicity surrounding the potential disadvantages of antibiotics has encouraged UTI sufferers to look for alternative treatment strategies.

The major concern surrounding the overuse of antibiotics is the emergence of bacteria which are resistant to antibiotics. The UK antimicrobial resistance strategy and action plan states that resistant bacteria are becoming more common and causing international concern. This plan suggests that the emergence of resistance is an inevitable result of the use of antibiotics and stresses the urgent need for prudent prescribing by clinicians as part of the strategy to control resistant bacteria.

There have already been a number of cases of bacterial infections that are resistant to all known antibiotics and the publicity surrounding these has rapidly increased awareness of this global threat.

For urinary tract infections there are several strategies that patients can use before recourse to antibiotics. Most patients will increase their fluid intake at the time of UTI in an attempt to ‘flush out’ the infection and indeed this is one of the body’s natural in-built defences against UTI.

Bacteria that have attached to the lining of the bladder can be expelled in the urine via increased urination. Furthermore, making the urine less acidic with a urinary alkalinising agent, such as sodium bicarbonate, may also help alleviate symptoms, specifically pain.

Simple pain killers, such as paracetamol or anti-inflammatory drugs such as ibuprofen, can also be effective for symptom relief.

Painkillers may be adequate for acute, one-off episodes

There is a growing body of evidence to suggest antibiotics may not be necessary for mild infections such as acute cystitis in patients without pre-existing urinary tract abnormalities. A 2015 study published in the British Medical Journal looked at over 200 women with mild UTI treated with ibuprofen and found that two in three made a full recovery from their UTI episode without the need for antibiotics.

Studies such as this have led to clinicians and patients alike questioning the need for antibiotics for all cases of UTI. Mild symptoms may respond to these strategies but patients with severe symptoms or systemic effects, such as high fever or feeling very unwell, should not rely on these options as they are likely to require antibiotic treatment to prevent a significant infection developing.