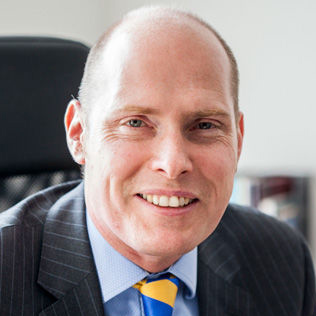 There is ongoing debate about the balance of the benefits and harms of breast cancer screening, both in the UK and internationally.

All women in the UK aged 47-70 are offered a three-yearly breast cancer screening within the NHS breast screening programme. There is ongoing debate about the balance of its benefits and harms, both in the UK and internationally.

For every breast cancer death prevented, there are estimated to be three overdiagnoses; that is, the detection of cancers that would not have become apparent during that person’s lifetime had they not had a mammogram. Such women are subsequently treated and exposed to the potential side-effects and harms of treatment as a consequence.

A new, randomised, controlled trial, due to open to recruitment in early 2019, aims to tackle this issue.

Mr Stuart McIntosh said: “There has been ongoing and sometimes heated debate about the balance of benefits and harms from breast cancer screening. It reduces deaths from breast cancer, but overdiagnosis is a problem. So, looking for ways to de-escalate treatment and reduce harm is important.”

The SMALL study, as it’s named, will look to compare standard surgery (usually a lumpectomy and a lymph node biopsy, under a general anaesthetic) with a minimally invasive technique called vacuum-assisted excision in women with screen-detected early breast cancer. This ‘de-escalation’ of treatment has the potential to change the way screen-detected breast cancer is treated by the NHS.

The SMALL study, funded by the National Institute of Health Research (NIHR), will test the vacuum-assisted excision technique. It will only require an outpatient appointment and a local anaesthetic, so is a much smaller, non-surgical intervention. Although this technique is in widespread use in the breast screening programme for treating benign breast lumps, it has not – until now – been used to treat breast cancers.

The results could save the NHS £2 million

The study will recruit 800 women over four years with early stage breast cancer detected through the NHS screening programme, with 500 of those women assigned to the test treatment. All patients will then be followed up for five years. If the less-invasive test treatment is found to be as effective as current standard treatment for early stage breast cancer, then this study will potentially change clinical practice.

Mr Stuart McIntosh, lead investigator for the SMALL study says: “Not only does this study have the potential to spare some women unnecessary surgical treatment, it could also bring cost-savings for the NHS.” It is estimated that for the 500 women in the study due to receive the test treatment, over £2 million could be saved.

Collaboration with researchers and clinicians is key

Such potentially practice-changing studies do not come into being on their own. The development of the SMALL study involved collaboration from researchers and clinicians from a wide range of specialities. Through the National Cancer Research Institute (NCRI) Breast Cancer Clinical Studies Group, experts from a variety of specialities were brought together to collaborate on the study throughout its development phase. Harnessing such a variety of expert perspectives makes for a well-designed study, which is more likely to answer key questions and bring maximum benefits for both patients and the NHS.

In such studies, the patient perspective is hugely important. Through the NCRI, patient input was integral to the development of the SMALL study from the beginning, and ensured that the aims of the study remained focussed on delivering maximum patient benefit and making certain that the study was acceptable to women with a newly-diagnosed breast cancer. Mr McIntosh says: “There has been patient input into the study from the start and this will continue through the lifetime of the study. As ‘experts by experience’, it adds that crucial perspective in to the mix.”

The SMALL study is funded by the NIHR Health Technology Assessment Programme. The views expressed are those of the author(s) and not necessarily those of the NHS, the NIHR, or the Department of Health and Social Care.