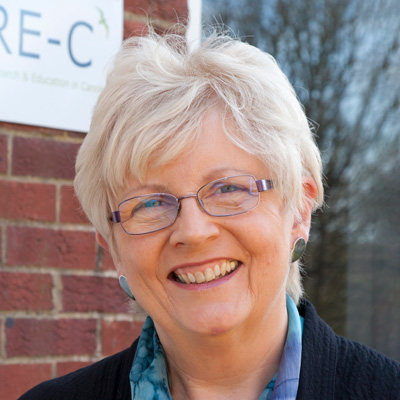 As advancements in healthcare have grown, patients are gradually seeing more choice in their treatment for breast cancer. Ensuring patients fully understand their options is the issue many professionals now face.

Medical advancements in breast cancer have been well documented, and patients are finding themselves at the cusp of personalised healthcare. But, just like people, tumours do not always behave as expected.

That is why many oncologists are turning to genomic testing to tailor a course of treatment.

This new way of practicing medicine is often unexpected for the patient, who find that they actually have a far wider say in their next steps than previously thought.

Women who had previously been offered chemotherapy ‘just in case’ were now being told that they may be able to opt for hormone treatment alone instead, avoiding the grueling side effects of chemo, while also saving NHS resources.

Cancer risk-factor score may not show the whole picture

Previously, women were given a score based on the stage of their cancer combined with risk factors such as age, health and medical background. Until recently, clinicians used chemotherapy in patients with an intermediate risk-of-recurrence. However, a recent study has found that aggressive treatments may be unnecessary for a large number of women.

Instead, an additional test of the tumour known as a genomic test, can further pinpoint the most appropriate action to take.

While breast cancer is an emotional emergency, it is not a medical emergency. You do not have to make a decision straight away.

Professor Dame Lesley Fallowfield is a cancer psychologist and a professor of psycho-oncology at the University of Sussex. She has worked with clinicians on communicating with patients and the choices they face thanks to new improvements in technology.

She says, “What we’re finding is that while patients are now much better informed about the next steps, this is still a stressful and frightening time for them. That can lead to confusion and a feeling that they haven’t understood the whole situation.”

Take time after your diagnosis to research your next steps

Professor Dame Fallowfield believes that, for these new opportunities to create a truly personalised pathway, there needs to be a set of guidance for both the clinician and the patient.

She says: “Patients need to realise that, while breast cancer is an emotional emergency, it is not a medical emergency. You do not have to make a decision straight away and any clinician should encourage you to make a recording of the conversation so that you can go over it at a later date.

“Take a few days to do your research, talk to people who may be in a similar situation and come back to your oncologist with any further questions.”

Workshops for clinicians to improve dialogue with patients

Professor Dame Fallowfield also highlights the ‘jargon’ that many clinicians may use as standard, and has devised an away-day that aims to share with doctors the different reactions of patients when faced with potentially new language and additional test scores.

She says: “Most doctors are good people; it’s why they entered the medical profession. So they want to know how to convey these new tests and results while giving a personalised choice of outcome. The complexities that they try to sum up may often get missed, which is why we are developing a set of exercises that oncologists can refer to. It also helps the patients to feel less anxious in a situation that is already stressful and confusing.”

As part of her eight-hour workshops, Professor Dame Fallowfield has included a wide variety of elements aimed at improving the knowledge, communication and awareness of the relationship between doctor and patient.

Through filmed scenarios and an interactive risk psychology lecture, results have already shown that a patient’s anxiety drops when a clinician communicates after attending the course.

For oncologists faced with the dilemma of empowering their patient without confusing them, Professor Dame Fallowfield says that it can be a hard road to walk without any help.

She says: “The trouble we have as medical professionals is that we want to guide patients to a sensible choice without patronising them, but we understand that chemotherapy can be incredibly challenging on a patient. If we communicate better then we can make sure that the right decision is made for everyone, every time.”