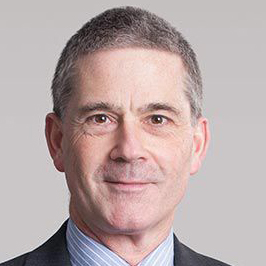 Fewer people than ever before are dying from cardiovascular conditions, each year, in the UK. And research has been at the heart of that improvement, says Chief Executive of the British Heart Foundation.

Heart disease is not beaten; it is a devastating killer

“When I suddenly lost my father to a heart attack in 1979, it was the day before his 58th birthday. That sudden loss had a profound effect on me as a young man. But it has been a driving force for me as the Chief Executive the British Heart Foundation, where I regularly see the dramatic progress made in the diagnosis and treatment of cardiovascular disease since my father’s heart attack.

Fewer people than ever before are dying from cardiovascular conditions, each year, in the UK. And research has been at the heart of that improvement – whether it is from providing the evidence for improved public health or developing new drugs and techniques to improve and save lives.

But this tremendous improvement should not be allowed to make us complacent or feel that heart disease is beaten. It is still a sudden and devastating killer.

Coronary heart disease takes more lives in the UK than any other single disease.

Though cardiovascular diseases are not the biggest overall cause of death in the UK, they are in Europe and an increasing problem in the developing world. And as survival from heart attacks has improved, we have seen increased prevalence of heart failure and heart rhythm disorders such as atrial fibrillation, which now affects over a million people in this country.

There is, of course, preventative action that can be taken to reduce our risk of many cardiovascular conditions and through research we are learning more and more about the most effective measures to reduce risk.

As genetic research advances we will better understand how a person’s DNA affects their risk of heart disease, we should be able to improve risk prediction using that information one day soon. If we can detect people earlier whose genetics puts them at highest risk, they can take preventative action sooner – which could involve lifestyle changes or medication.

In the late 1970s, BHF-funded researchers were beginning to convince the cardiovascular community that heart attacks were caused by blood clots blocking the coronary arteries. That evidence transformed treatment of heart attack as researchers and clinicians worked on ways to target the blood clot and restore blood supply to the heart.

In the coming decade we hope to see similar transformational improvements in heart attack treatment. Research is underway now that offers promise of regenerative techniques to repair the currently irreparable damage caused by a heart attack. With continued support for research, cardiovascular treatments will become available that once seemed like science fiction – treatments that we hope will end the sudden devastation caused by heart disease.”