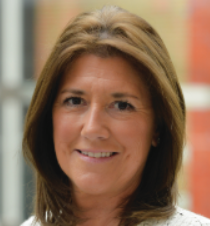 Founder and Trustee of Arrhythmia Alliance

Healthcare professionals and the public often fail to take syncope (fainting) seriously, but it can be a sign of a potentially fatal heart rhythm disorder (arrhythmia).

Fainting should always be taken seriously

One in two people will faint at some point in their life. Syncope may be the only sign of a serious, heart rhythm disorder known as an arrhythmia.

Arrhythmias are frequently left undiagnosed or misdiagnosed and can cause people to faint. An estimated 39% of children and 30% of adults diagnosed with epilepsy actually have an underlying, potentially fatal, arrhythmia,” says Trudie.

How can I check for an arrhythmia?

Early detection leading to diagnosis is essential to avoid devastating consequences such as stroke and sudden cardiac arrest.

The cheapest and easiest way to detect an arrhythmia is with a simple pulse check. “By checking an individual’s pulse, a fast, slow or unsteady heart rhythm may be noticed,” says Trudie.

What can be done?

Treatment ranges from lifestyle changes, such as exercise and rehydration, to the implant of a pacemaker which can be fitted in under a day, often with local anaesthetic.

In a bid to cut deaths, STARS has launched new information resources on syncope alongside a revamped, award-winning blackouts checklist, which individuals can complete to support diagnosis.

Trudie urges people who experience syncope to take it seriously and request an ECG to test for an arrhythmia.

To HCPs, she says: “Mark Arrhythmia Alliance World Heart Rhythm Week by joining us and Take Fainting to Heart – there is no such thing as a simple faint….”