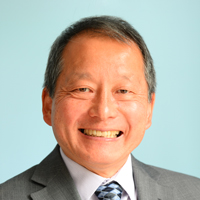 A pioneering method of anaesthesia for cosmetic procedures speeds up recovery time. So much so that many patients who undergo surgery can be home the same day.

When patients have to stay in hospital after an operation, it’s usually due to the side-effects of the general anaesthetic they’ve been given, says Mr Hiroshi Nishikawa, Consultant Plastic, Reconstructive and Aesthetic Surgeon at The Westbourne Centre in Birmingham.

General anaesthetic takes time to wear off, so patients often feel nauseated and generally out of sorts.  Also, because a tube has been passed down their airway to help them breathe, they may have a sore throat.

However, for 10 years, surgeons at The Westbourne Centre have been using a pioneering method of anaesthesia combining local anaesthetic with sedation which — depending on the patient — can have fewer or no side-effects.

With this technique, local anaesthetic is injected around the operative site by the surgeon, which makes the area numb, while sedatives and analgesics are administered intravenously by an anaesthetist.

There are various benefits with this technique, explains Mr. Nishikawa. “The sedatives keep the patient still and comfortable during surgery,” he says. “It’s as though they’re having a snooze.”

Within a few minutes of the operation being finished, the patient is normally wide awake and sitting up. They generally won’t be experiencing any headaches or nausea and as they haven’t needed a breathing tube, they don’t have a sore throat.

Why stay in hospital for longer than you need? The least admission time a patient has, the better.

But the real advantage of local anaesthetic with sedation is the speedy post-operative recovery period. The drugs are fast-acting and quickly expelled by the body, which means patients can have an operation yet be home the same day.

It is, however, important to use this technique selectively. In the vast majority of cases there are no complications and patients can go home within a couple of hours, providing there is a friend or family member to look after them post-operatively.

Local anaesthetic with sedation isn’t suitable for major operations where a body cavity has to be opened, such as brain surgery or cardiac surgery; but it can be used safely for many cosmetic procedures including breast surgery, abdominoplasty, fat grafting, eyelid surgery, rhinoplasty and facelifts.

The way forward for surgical procedures

As with any operation, the patient is very carefully monitored throughout the procedure; but this technique does require more operative precision and care. It requires skilled and highly trained anaesthetists and surgeons working closely together as a team. Surgical technique is never compromised and, in the right hands, it’s remarkably safe.

Ultimately, Mr Nishikawa and his colleagues believe that local anaesthetic with sedation is the way forward for surgical procedures, “Why stay in hospital for longer than you need? The least admission time a patient has, the better.”