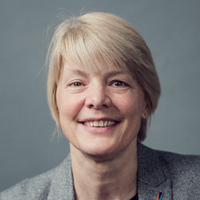 ‘Where are the treatments? What are the latest drug trials? How can I get involved in this research?’ Three things I get asked most often when I speak to people about dementia. There has been no new dementia drug for over 15 years, and there is still no treatment to slow or stop diseases like Alzheimer’s developing in the brain. So how far are we from a cure?

Last year, researchers presented promising results from a clinical trial of a new potential drug targeting the amyloid protein. Dr Alois Alzheimer first observed amyloid in the brain of someone with the disease in 1906, and it is still at the centre of our understanding of Alzheimer’s disease.

The early results suggest that the drug may slow the processes that drive Alzheimer’s and help improve symptoms. We now need to see further tests in even larger, final-stage clinical trials. These trials will follow people over longer periods of time to show whether the drug delivers on its promise.

The comeback is stronger than the setback

In March, we heard that another potential Alzheimer’s drug targeting amyloid wasn’t able to show a benefit to people with the disease in a clinical trial.

Many people, especially those with dementia and their loved ones, had high hopes that it would be the first drug to help slow down the disease and make a meaningful difference to people’s lives. Sadly, it didn’t, and two major trials of the drug were stopped.

Scientists must learn as much as they can from this result and use it to make progress faster. What is positive, is that researchers are pursuing many different approaches in the hunt for new treatments. We don’t keep all of our eggs in one basket.

230 Alzheimer’s treatments on the horizon

These studies are only possible thanks to the inspirational participants who take part, both those with and without dementia.

How you can get involved in research

At Alzheimer’s Research UK, we support a service called Join Dementia Research in partnership with the National Institute for Health Research, Alzheimer Scotland, and Alzheimer’s Society.

It matches you to research studies that need your help and so far, over 40,000 people across the UK have signed up. These studies cover a range of types of research from surveys into attitudes towards dementia to vital clinical trials to bring about treatments that change lives.

This International Clinical Trials Day you can all make a meaningful contribution by joining in.

Find out more at www.joindementiaresearch.org or by calling Alzheimer’s Research UK on 0300 111 5111.