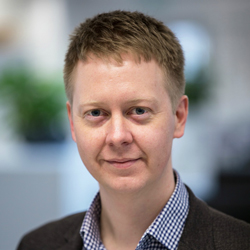 Do you know what happens in the brain when someone has dementia? Would you want to be told about your risk of developing dementia in later life? Can you name the key risk factors for the condition?

These are some of the questions we asked the nation in our Dementia Attitudes Monitor – an in-depth look at the UK’s attitudes to dementia and research.

Improving understanding and shaping attitudes is critical if people are to take steps to maintain their brain health, seek a timely diagnosis, and support research that has the power to end dementia once and for all. So, how much do people know about dementia and what are the misconceptions that we still need to overcome?

Understanding of the diseases that cause dementia is low

Although more than half of people in the UK have been touched by dementia, with someone close to them having been diagnosed with the condition, understanding of the diseases that cause it remains low.

Just half of UK adults recognise that dementia can cause death, despite Alzheimer’s disease and other forms of dementia now being the leading cause of death in the UK. One in five incorrectly believe that dementia is an ‘inevitable part of getting older’ and 13% say they don’t know what happens in the brain when someone has dementia.

Appetite for information on personal risk is high

Nearly three quarters would want their doctor to tell them about their risk of developing dementia in later life.

There’s strong support for very early detection and diagnosis of diseases like Alzheimer’s too – 85% of people say they would take a test that could tell whether they were in the very early stages of dementia even before the symptoms showed. This is encouraging news as, for future medicines to be most effective, we must intervene much sooner.

There is widespread support for people with dementia being given a formal diagnosis from a doctor.

82% agree that there is value in doing so, with the most common reasons given being that it would allow people to ‘plan for their future’ and ‘access treatments that could help’.

You can get involved in dementia research

Half of UK adults would, hypothetically, be willing to get involved in medical research for dementia in the future.

This highlights a clear opportunity to engage people with the role they can play and the impact their involvement could have in making breakthroughs possible, through nationwide initiatives like Join Dementia Research.

Find out more about the UK’s attitudes towards dementia at alzres.uk/attitudes