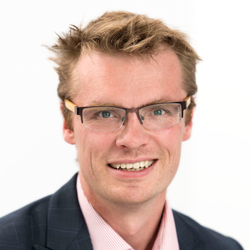 Head of Research at Alzheimer’s Society

Every three minutes someone in the UK is diagnosed with dementia. With an ageing population, no effective treatments to slow dementia and an overstretched care system, we need to focus more than ever on finding ways to prevent it.

Historically, research into dementia has been largely neglected, with the amount spent on dementia research dwarfed by spending on research into other conditions like cancer and heart disease.

As a result, there are big gaps in our knowledge about what causes dementia and how to prevent it.

There is a genetic risk associated with Alzheimer’s

But they do not directly cause Alzheimer’s disease – it is extremely rare for dementia to be directly inherited from your parents.

Reduce your risk of dementia through your lifestyle choices

Encouragingly, there are things that everyone can do to reduce their risk of dementia. Recent research from the University of Exeter has begun to unpick the complex relationship between genetics and lifestyle factors.

They have demonstrated that healthy lifestyle choices may be enough to offset higher genetic risk.

Research, supported by Alzheimer’s Society, has shown a third of dementia cases could be prevented through lifestyle changes alone. New research has emerged indicating that controlling blood pressure may be significant in reducing dementia risk also.

It is extremely rare for dementia to be directly inherited from your parents.

Who is at risk?

To get a better understanding of how we can tell who is at risk of developing dementia, Alzheimer’s Society is supporting an in-depth study called PREVENT led by Professor Craig Ritchie at Imperial College London.

The study follows over 700 people at risk of developing dementia to spot alarm bells in mid-life that could be the very earliest signs of the condition.

As part of the study, people wear virtual reality headsets and navigate their way through a virtual environment to assess the memory and navigation skills.

Issues with these skills are thought to be some of the earliest signs someone could be developing dementia.

Aiming to spot warning signs of dementia in the future

Ultimately, research will then be able to test new treatments on people in the earliest stages of dementia and intervene before the condition has progressed too far.

Alzheimer’s Society is committed to spending at least £150 million in the next decade to make this a reality.

Research will beat dementia, but we need more funding to make the progress people with dementia so desperately need.