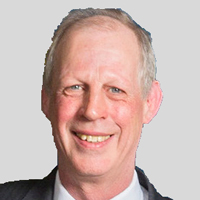 Many people with eczema-prone skin rely on potions and lotions to control their symptoms. But what if there was a new way to tackle the root problem?

In the UK, one in five children and one in twelve adults1 are living with some form of eczema. It causes dry, scaly, red, itchy skin, has a huge impact on quality of life and until relatively recently, has been largely misunderstood.

Dr Neil Gibbs, Founder of Curapel and Honorary Lecturer at the University of Manchester’s Dermatology Centre, says: “Up until relatively recently, if you asked what was the principle cause of eczema, the answer would be an imbalanced skin immune system and exaggerated inflammatory response.”

Then a seminal study from a group led by Professor Irwin McLean2 in Dundee, demonstrated that genetic variants of the skin barrier protein, filaggrin, were the most strongly associated marker for the common form of eczema – atopic dermatitis.

“It made people think again. Suddenly we knew that eczema wasn’t only about immune system function, it was also about skin barrier function,” said Dr Gibbs, who has worked in skin research for over 35 years.

The filaggrin protein plays an important role in the building of the skin’s protective barrier the outer layer that keeps irritants and allergens out, and moisture in.

Without adequate amounts of filaggrin the skin’s barrier is weakened, there is dryness due to water loss and a greater susceptibility to inflammation triggered by irritants and allergens.

This all sparked something of a lightbulb moment for Dr Gibbs’ team: what if they could find a safe way to boost the body’s production of the filaggrin protein?

“There are so many products out there to manage eczema, most of which attempt to suppress the inflammatory response,” he said, adding that the mainstay of such therapies is corticosteroid creams, which often come with side effects.

Dr Gibbs’ team developed pellamex, a safe and natural food supplement that incorporates an amino acid known to be an important building block for the formation of the filaggrin protein. Then they asked eczema patients to give it a try.

The results stopped them in their tracks. Those who had taken the supplement every day for a month saw, on average, a 40% improvement in their skin condition.

“That’s equivalent to the results you would expect from mid-potency corticosteroid creams, but instead we used a food supplement that is natural and very safe,” said Dr Gibbs, adding that there had been no reported side effects during the study.

“This ‘feeding filaggrin’ approach is unique. Unlike other products, pellamex is safe and is working with the skin’s natural biology rather than against it. We are targetting root causes of the condition, not just the symptoms.”

Curapel launched pellamex late last year at the Royal Society of Medicine and in a later survey the message was clear from customers with eczema; not only had pellamex helped their skin but it had also reduced their steroid cream use by a third!

Developing products that support filaggrin production holds huge potential  — which can only be great news for the estimated 15 million people3 in the UK who live with some form of eczema, explained Dr Gibbs.

“While the severity of eczema varies, the impact it can have on someone’s life can be significant. It’s distressing, and can greatly lower a person’s quality of life,” he concluded.