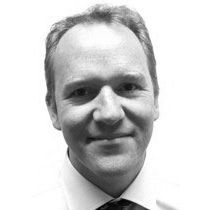 Dr Michael Arden-Jones, consultant dermatologist at University Hospital Southampton, gives his expert advice on how to manage two of the UK’s most common skin conditions.

Eczema and psoriasis are two of the most common skin conditions affecting people in the UK. They can cause severe distress and because of common misconceptions people often won’t seek treatment or get the right help to manage their condition.

Eczema is an extremely common skin condition and has become more common over the last 30 years. It can start any age but is most common in children, affecting 1 in every 5 children in the UK. Eczema causes red, dry, itchy skin which can sometimes become weeping, blistered, crusted, scaly and thickened.

It’s not known exactly why people get eczema. It’s thought that it is linked to the increased activity of the body’s immune system, which can happen as a result of a person’s genes, their environment, or both. People may be more likely to develop eczema because one or both of their parents have it. When these people are exposed to environmental triggers – things like pet hair, certain foods or types of clothing, tobacco smoke, chemicals in toiletries, or stress – this can cause eczema symptoms to suddenly get worse.

The most common type of eczema is atopic eczema but lots of other types of eczema exist and are also very common. People often recognise eczema in children and will take their children to the GP, but Dr Arden-Jones says “many adults feel that there is nothing that can be done to treat eczema.”

The symptoms of eczema can be controlled with medicines applied to the skin or taken by mouth. Dr Arden-Jones’ research has shown that the skin is the primary cause of the allergic-type reactions in eczema, and not a general problem with the immune system, so treatments need to be directed to the skin to help eczema symptoms.

Using moisturisers called emollients is the most important part of the treatment for patients with eczema – regularly applying the moisturiser, washing with a moisturising soap substitute and using a moisturising bath oil. Doctors can also prescribe steroids creams or ointments, antibiotics or medicines called calcineurin inhibitors. It’s also important to try and avoid triggers and make simple change to everyday products that may cause flare-ups. “So many people refuse to give up the use of things like bubbly bath products”, Dr Arden-Jones says. “Eczema is hugely benefitted by the avoidance of soap and detergent in washing products, and the use of emollients instead.”

Like eczema, psoriasis is common. Despite the fact psoriasis affects around 2 in 100 people in the UK, people often underestimate the impact it can have on the quality of life of the person affected and their family. “Most people see eczema and psoriasis as a mild, limited skin disease as they may have seen a family member or friend with this pattern. But both can be really severe and this is not well recognised”, Dr Arden-Jones says.

Psoriasis can start at any age, but most often develops in adults under 35 years old and affects men and women equally. In psoriasis, the cells of the skin in the affected area are replaced at a much faster rate than usual – three or four days instead of three of four weeks. This causes red, scaly patches of skin called plaques anywhere on the skin but often on the backs of the elbows, fronts of knees, scalp and nails.

The effect of psoriasis varies greatly from person to person. For some people, psoriasis is just a minor irritation, for others it has a major impact on their quality of life. Dr Arden-Jones says the psychological impact of psoriasis is not always addressed when people have treatment.

The treatments available for psoriasis depend on how severe the symptoms are, the type of psoriasis you have and the parts of your body that are affected. Dr Arden-Jones is keen to dispel the myth he often comes across, that “many people with psoriasis think that there is nothing that can be done to help their disease.”

Treatments like creams, ointments, pastes and lotions applied to the skin can help reduce psoriasis plaques. Sunlight and special light treatments (called phototherapy) can help psoriasis symptoms, but this needs specialist advice, Dr Arden-Jones warns. “Although sun helps psoriasis, we don’t recommend sunbed use as this treatment usually delivers the wrong UV wavelength light.” There are newer medicines available, called biologics, but these are limited to people with severe psoriasis only.

There are promising signs for new treatments for both conditions. The psoriasis field is further ahead in using genetics to develop new treatments for psoriasis. The focus of Dr Arden-Jones’ research in eczema is finding out what role bacteria on the surface of the skin play in the way the immune system works. He has developed artificial skin in test tubes, and exposes the ‘skin’ to different bacteria to study in detail the effect its effects. This is the innovative kind of research that doctors and patients hope will provide new developments to help manage these skin conditions in the future.