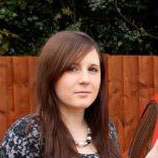 Helen Nichols won her driving license back from the DVLA after it was revoked for two night-time cases of hypoglycemia, despite her Type 1 diabetes control being otherwise excellent.

Problems with the EU guidelines for driving with diabetes are emerging following a nurse winning back her driving license back after it was previously revoked by the DVLA.

Helen Nichols, 26, has type 1 diabetes. After admitting two night-time events of hypoglycemia to the DVLA which required assistance from someone else, she lost her license.

This is due to the 2011 EU guidelines which were implement following changes made to the EU law in August 2009. Under the new guidelines, these two hypos would be penalised, despite Helen’s control being otherwise exemplary.

“I would be the first person to give up my driving licence if I was unsafe and constantly having hypos that I was unaware of because I mean no harm to others,” said Helen.

Despite having no driving accidents while driving – she has managed her type 1 with insulin for 18 years – EU guidelines prevent the DVLA from distinguishing between conscious episodes of hypoglycemia and nocturnal hypoglycemia, which is much harder to manage.

Helen originally published her frustration on the Diabetes.co.uk Forum, before setting up a petition. After losing her license in October 2014, her campaign eventually led to it being reinstated in April this year.

I hope that my case can be used by others now to demonstrate that other factors should be taken into account before a driving licence is suspended, unless there are concerns or any doubts from the patients’ GP or Consultant.

However, concerns from health care teams may not be accurate if a 2014 study is to be believed, which found fewer type 1 diabetes patients were reporting severe hypoglycemia to their health teams.

Alongside the DVLA, doctors receive a form which, combined with your own information, formulates the basis of whether you will be allowed to drive.

If patients are concerned that night-time hypos may cost them their driving licenses, there may be a failure to admit hypos. This can subsequently affect treatment that a patient receives, and their health may be affected.

The EU needs to address this urgently, as patients should never disclose false information. The free Hypo Awareness Program can provide education on how to recognise hypo symptoms.

As the current EU guidelines do not allow for specific circumstances regarding hypoglycemia to be considered, decisions to revoke driving licenses may continue to be made unfairly.