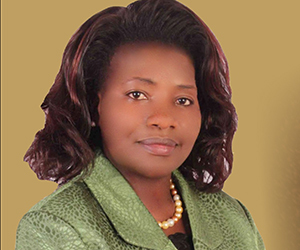 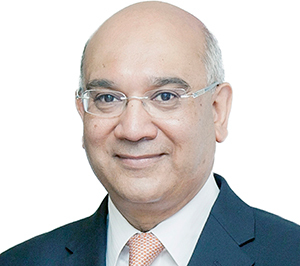 With 387 million people living with diabetes globally the epidemic not only threatens individual health but presents itself as one of the greatest barriers today to better governance, sustainable development, economic growth and improved livelihoods.

Between 9% and 15% of the total healthcare budget of high-income countries is currently spent on diabetes. In the UK, 2.5 million people, or 5% of the adult population, has diabetes, burdening the country with an expenditure of £14 billion. The UK ranks within the top 20 highest diabetes expenditures in the world.

In rapidly developing countries like India, where diabetes prevalence is growing, up to 25% of annual household income is spent on diabetes care. The economic burden of diabetes and disability from its complications pushes families into poverty.

Key political gatherings with a focus on economic development such as the G7 summit held at the start of June annually, offer a unique occasion and opportunity to underline the importance of cost-effective diabetes interventions, to keep people and economies healthy.

Across the G7 nations alone, healthcare costs relating to diabetes reached US$414 billion in 2014. This represents 68% of the total diabetes-related expenditure worldwide.

This is not just a case for high-income countries; diabetes and other non-communicable diseases (NCDs) are responsible for some of the gravest economic challenges facing developing nations. Diabetes and NCDs ensure that Africa remains one of the poorest continents on earth.

The Africa region is set to experience the most rapid increase in diabetes in the next decade and currently has the highest number of undiagnosed cases, a scenario impeding sustainable development on the continent with repercussions around the world.

However, the International Diabetes Federation (IDF) estimates that over 70% of global type 2 diabetes cases can be prevented or delayed thanks to the adoption of healthy lifestyles, thereby preventing the equivalent of up to 205 million new diabetes cases by 2035.

To protect the health and wealth of all nations, including those on a sharp upward development curve, governments must take decisive action across a range of areas, including but not limited to healthy eating and physical activity toward the prevention and management of diabetes.

The following areas are crucial in the fight against diabetes:

1. Implementation of national policies to prevent diabetes. Legislation limiting the intake of sugar, fat and salt as well as taxation on sugar-rich foods and restrictions on advertising unhealthy food to children and adolescents are key in the fight against obesity and diabetes.

With obesity and changing diets as a main driver of the type 2 diabetes epidemic, IDF officially released its response to exploding sugar intake in May 2014. The response will be a benchmark for an actionable framework by governments and builds on the World Health Organisation (WHO) sugar guidelines released earlier this year calling out taxation, food labelling and advertising as focus areas.

2. Early detection and critical management to prevent costly complications. Governments must implement wide-spread screening programs and support self-management health education. This is an integral part of diabetes care and empowers people to manage their diabetes.

Over 120 diabetes-related amputations are required every week in the United Kingdom. This last resort measure impacts the quality of life for patients considerably. It is also enormously expensive as 50% of diabetes spending is on complications, whilst only 7% of costs are attributable to the prescription of medicines.

3. A collective approach involving civil society is essential for change. Governments must work alongside national and local diabetes associations, advocacy and patient groups to ensure the voice of those with diabetes is heard and acted on.

Coming out of the G7 Summit and then continuing on into UN meetings, addressing sustainable development in September, it will be crucial that governments and key stakeholders in the fight against diabetes realize that countries and individuals cannot afford the human and economic consequences of inaction on diabetes but cost-effective interventions do exist.

By simple individual steps such as eating a healthier breakfast and being physically active throughout the day, coupled with strong political leadership, we can change the current diabetes reality into a healthier and wealthier future. There is no time to lose, substantive action must begin now.