Recent GP patient data shows there are now over 4 million people living with diabetes in the UK alone. With a figure that’s increasing year on year, awareness and education has never been more important.

Currently the majority of all diabetes diagnoses are type 2, counting for at least 90 out of 100 cases. With heavy media attention focusing on the nation’s poor diet and the rise in obesity levels it’s important to also note that genetics can also play a part in the condition. It’s not to say that if your mother or father has (or had) type 2 diabetes that you will develop it; instead it means that your chances of developing the condition are greater.

With symptoms ranging from feeling tired, thirsty, and experiencing increased urination particularly at night, they are easy to dismiss. However consultation with your GP or Nurse means they can easily check your symptoms and assist with future treatment if required. It may be that that by maintaining a healthy weight, eating a balanced diet and exercising regularly you are able to prevent the condition or a way of managing the condition too. At least 549,000 people are living with type 2 diabetes unknowingly, so early checks are essential.

With type 1 diabetes early diagnosis is essential due to the fact that if left undiagnosed, it will get progressively worse and could cause a number of different health problems. Unfortunately there is no cure for the condition, so the need to start medication to ensure your blood glucose levels are kept as normal as possible is imperative. 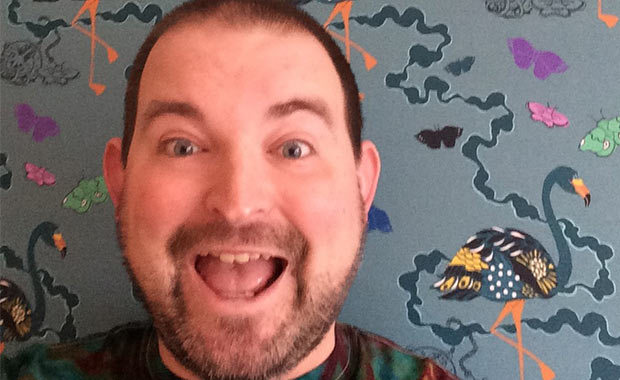 MedicAlert member Simon discovered that he had type 1 diabetes on World Diabetes Day in 2012. Having suffered for some time with various symptoms including vomiting blood, Simon Dean thought it was best that he seek advice from his GP. It was this decision that may have saved his life.

For several years Simon noticed an ongoing thirst accompanied by an increased need to use the toilet, he was prone to be irritable and angry as well as experiencing bouts of lethargy.

Essentially Simon had been experiencing various symptoms of diabetes for some time, however these were unconfirmed at the time.

Following an explanation of his symptoms to his doctor an ambulance was immediately called and the hospital were advised that he needed to be admitted. Once Simon arrived at the hospital, it was discovered he had a blood sugar level of 56 and was suffering from Ketoacidosis which caused him to collapse. He was rushed straight to the high dependency unit where he spent five days under constant supervision.

Once recovered and discharged from the high dependency unit Simon had a lot to take in. Not only had he just endured a life threatening experience, he now had to come to terms as being diagnosed with type 1 diabetes.

By Simon’s own admission he says, “I had some or most of the symptoms for years and didn’t think anything of it. It really confirmed to me how easy the condition is to miss and it could go undiagnosed for months, or in my case years. So many of the symptoms can be put down to everyday feelings such as tiredness or even feeling irritable.”

Unfortunately, for all people diagnosed with type 1 diabetes a daily injection of insulin is required, which for some can be difficult to adjust to. In Simon’s case, as some time was spent in the high dependency unit he was discharged with heavy bruising from all the blood tests and intravenous lines that were required. This caused a great deal of discomfort to Simon and the task of administering his own insulin was just too much. Fortunately Simon had the support of family, in particular his mum, who ensured that all initial insulin injections were administered with as little pain as possible.

Over time Simon started to manage his own medication and got to grips with the various dosages and times that the insulin needed to be administered.

The timing of these daily injections is incredibly important – if you don’t administer the insulin at the right time or inject too little or too much it can lead to serious complications, such as ‘hypos’. A hypo (hypoglycemia) is triggered when your blood sugar falls below 4mmol/L which can be due to the incorrect dosage of insulin, however it can also be triggered by food intake.

Luckily for Simon he is now in good control of his diabetes. The needle used to administer the insulin is really small and he ensures that his diet is managed to work with this medication.

Simon says, “It’s fair to say that following my initial diagnosis I was shocked and unsure how this would impact me, however I refuse to let type 1 diabetes stop my everyday life. There are so many organisations that offer medical support and focus on wellbeing and lifestyle that have helped me enormously.”