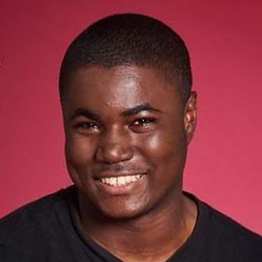 Souleyman Bah is a 20-year-old Para Athlete for Great Britain, running in the T13 100m. He has represented his country at the junior Paralympics and won a gold medal in 2015. Now, he has set his sights on the Tokyo 2020 games.

Souleyman was born in Guinea (west Africa) but in 2004, after his parents realised he had some form of visual Impairment – as well as a lack of support from the education system – his family moved to the UK to seek more information and a better education for him.

At the age of six, he was diagnosed with retinis pigmentosa (RP) and cone rod dystrophy and explains that he sees in a form of tunnel vision with no sight in the dark, referred to as ‘night blindness’. He says that he’s inspired by late musician, Ray Charles, because ‘he made blindness cool and achieved immense success despite his disability’.

Souleyman took part in a one-of-a-kind medical trial involving a gene therapy treatment, which is an operation that seeks to pause – or even possibly improve – symptoms for those with RP.

He underwent this treatment in 2017 and reports that, since the eye was operated on, he has seen no deterioration of sight, whereas the non-operated eye has seen severe decrease in sight due to the natural effects of RP, which always end up in complete blindness.

Souleyman also is currently experiencing Charles Bonnet Syndrome (CBS), which is a condition that affects individuals who are approaching early- to mid-stages of blindness and experience flashing lights and images, which can sometimes be a frightening experience.

Looking to the future, Souleyman has started his own motivational speaking company (Vision Beyond Sight) where he travels all over the country delivering assemblies and sport sessions to children and young adults to inspire them as well as educating them about physical and mental health.

To help Souleyman achieve his goals of reaching the Tokyo 2020 games, click here