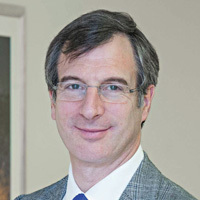 With the birth of Louise Brown, the world’s first IVF baby, 40 years ago it is timely to reflect on how far we have come and far we can potentially go with assisted reproduction technology (ART).

The use of IVF has become commonplace for UK families

The UK has led the way both with scientific innovation and tight, yet permissive, regulation.

300,000 children have now been born in the UK, from licensed fertility treatment since 1991.

It took Professor Bob Edwards and Patrick Steptoe over ten years and 467 attempts at IVF in 250 patients before baby Louise was born on July 25th 1978. A live birth rate of 0.21% per cycle started. Now approximately 3% of babies born in the UK are as a result of IVF and the average success rate is 35% per cycle – with some clinics achieving even higher results.

More than 300,000 children have now been born in the UK, from licensed fertility treatment since 1991 when the Human Fertilisation and Embryology Authority (HFEA) started to keep records – and we have to remember that these data were only begun to be collected some 13 years after Louise Brown was born and worldwide at least 7 million babies have been born as a result of IVF. Furthermore the HFEA also reported that the total number of treatment cycles carried out in UK clinics also passed a significant milestone in 2015 (the most recent data available), breaking through the million barrier.

Infertility is common. It affects 15% of couples and may be the result of a large number of medical conditions. Fertility also declines as both women and men get older – although for a woman the decline is more rapid once she gets to her mid- to late thirties. Furthermore the chance of conceiving with treatments such as IVF also declines in parallel with the fall in natural fertility. In addition to age there are many other factors that influence fertility in both women and men, such as sexually transmitted infections, smoking, being overweight (or underweight) and the exposure to toxins in the environment to name a few. Through our Fertility Education Initiative, the British Fertility Society is promoting the need for better education of young people about the factors that affect reproductive health so that they are armed with the knowledge to make the right choices at the right time.

Many causes of infertility can be treated without IVF, for example by surgery for endometriosis or drugs to stimulate ovulation in polycystic ovary syndrome. The high-tech treatments such as IVF can also be used to help couples conceive with donated eggs or sperm, when required or surrogacy for women who do not have a uterus (womb). Eggs and sperm can be frozen to preserve fertility prior to sterilising treatments for certain cancers and other conditions. And embryos created through IVF can be tested prior to being replaced into the uterus to screen for life-threatening genetic diseases that run through some families. Recent technology even allows the manipulation of embryos to remove the risk of some diseases and even permanently alter the genetic make up of an embryo – although such genetic manipulation is not permitted at the current time anywhere in the world where IVF is properly regulated. So there are many potential non-fertility uses for IVF techniques.

£1.29 per head in the UK would fund IVF properly

Whilst the UK has led the way with the research into the causes and management of infertility, unfortunately many couples are denied treatment because of the lack of funding, restrictive eligibility criteria and the huge variations in provision around the country. Yet treating infertility has been shown to be cost effective and can significantly improve the overall wellbeing of families. Relative to many other medical interventions, it is quite inexpensive, and it’s a travesty that NHS funding has been cut by so many clinical commissioning groups over the past few years.

The actual costs of funding IVF properly, would be about £77 million pounds – £1.29 per head of the UK population.

The NICE Guidance in the UK states that all eligible couples should be entitled to 3 full cycles (including the use of frozen embryos), which will give them an overall 80-85% chance of having a baby – and indeed many will not require the full three cycles. The actual costs of funding IVF properly would be about £77 million pounds – which equates to £1.29 per head of the UK population. This is a tiny fraction of the NHS budget of £116 billion (approximately £2,000 per person). Currently only 12% of the 208 CCGs in the UK fund a full three cycles – a drop of 50% in the last 4 years. 23% fund 2 cycles, 61% one cycle (of which half don’t fund the use of frozen embryos) and 4% fund no treatment at all. In Scotland 3 full cycles are funded, whilst this is 2 in wales and 1 for Northern Ireland. So we must remove the postcode lottery and provide equity around the UK.

The funding of IVF is seen to be an easy target – but infertility is a serious medical condition, resulting in huge stress and distress and caused itself by a large number of different medical problems. Indeed it is the second commonest reason for women of reproductive years to visit their GP. IVF is cost effective and has shown to be an economic benefit to Society. The bottom line is that you cannot put a price on a baby!