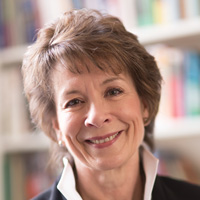 President, The Royal College of Obstetricians and Gynaecologists

There are many issues affecting the health of women and girls that still remain off-limits. But speaking about women’s health has never been more important.

Women make up 51% of the population and healthcare professionals have unique opportunities to positively influence the health of women across their life course. Many of these interactions are not about ill-health but helping them to do normal things like have safe sex, prevent pregnancy, become pregnant and have a healthy menopause and post-menopausal life. To make the most impact, we must promote the importance of preventative measures to improve the health of all women at every age and stage of their lives.

Cervical screening is at a 20-year low*

It is disheartening to see that gynaecological health remains a taboo subject among the public, despite more than 21,000 women being diagnosed with one of the five forms of gynaecological cancer each year in the UK1. Cervical cancer, which leads to the death of two women a day, is a largely preventable disease, yet screening rates have dropped to their lowest level in two decades.

Evidence shows that routine screening – which can detect pre-cancerous abnormalities – prevents up to 75% of cervical cancers. However, one in four women don’t take up their screening invitation. Early detection is vital to increase survival rates. We must continue to raise awareness about the disease, its symptoms and these simple measures to prevent it.

The 21st century has brought with it the largest ever group of adolescents in history and we must ensure that they can take control of their own reproductive health. To do this successfully, we need to better educate young women and men in our society about their health so we can empower them to make informed choices.

Currently, one in seven couples experience difficulty in becoming pregnant; that’s around 3.5 million people in the UK. By the time a woman decides to have a baby or is already pregnant, she may not realise the impact maternal age and body weight can have on her ability to conceive or have a healthy pregnancy. We know that female fertility starts to decline gradually from the late-20s and more rapidly from the mid-30s onwards. As well as potentially taking longer to get pregnant, later maternity and being overweight can involve a greater risk of miscarriage and a more complicated labour.

As healthcare professionals, we must capitalise on all of the opportunities available to influence women’s behaviour and ensure they have the right information to make informed decisions about their health.