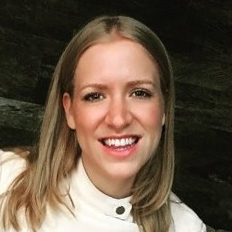 Six months pregnant with her first child, after endometriosis gave her fears over her fertility; Alice opens up about endometriosis and pregnancy to shine a light on the condition and give hope to other women.

Like many women with endometriosis, I had fears over my fertility.

Endometriosis is a crippling disease that has made the past 12 years of my life incredibly challenging.

I knew something was wrong when I started to have extremely heavy periods and crippling pain at 16-years old. It felt like someone was pulling out my insides with a knife and twisting them like you would a towel.

Countless visits to the doctors

A GUM clinic in Oxford told me I couldn’t have children and that I had pelvic inflammatory disease (PID). It was only years later I was told this was a mis-diagnosis – PID is impossible to get if you have never had an STD, which I haven’t.

Two years later, I then decided to pay to see a private doctor. I just couldn’t go on like this, In 2014, I got a diagnosis of endometriosis and had surgery. I then went on to the pill which helped my symptoms.

When I found out I had endometriosis I was confused, I didn’t know what it was, but I was glad I didn’t have PID and still had a chance of getting pregnant.

Endometriosis is as common as diabetes is in women; but there have been no new treatments for 40 years.

However, it has affected my life, I constantly feel bloated, and in pain which distracts me from wanting to go out. It also can affect my relationships and can be awkward to explain to new partners.

Endometriosis is as common as diabetes is in women. Yet, it is an under-researched disease and there have been no new treatments for 40 years. It takes an average of seven and a half years to diagnose endometriosis; and existing surgical and hormonal treatments are harsh and invasive, with life-changing side effects, such as early menopause and infertility.

We don’t often talk about embarrassing experiences, which led me to feel like I had no one to share with. How wrong I was, and how very glad I am that I discovered what was going on. Sadly so many young women still don’t and are suffering in silence.

Since my last bout of surgery in September 2018, to help relieve me of the consistent pain I was going though, my partner and I decided that if there was ever a chance to get pregnant this would be the time. Especially as I had been told I would suffer from peri-menopause and wouldn’t have many years left to be able to conceive.

Miraculously, nine months later (just after my 30th birthday) I found out I was five weeks pregnant. I could not have been happier.

Having spent the past ten years truly believing that I would never be able to have children and that I would be living in constant pain and agony for the rest of my life,  I had started to give up hope of having a family.

Endometriosis costs the UK economy £8.2bn a year in treatment, loss of work and healthcare costs.

One of the reasons I wanted to work for Wellbeing of Women was because they are one of the only funding bodies in this area.

There is an urgent need to find new treatments to end the physical and psychological suffering of women with endometriosis.

One of the amazing projects that Wellbeing of Women is funding is Professor Andrew Horne from the University of Edinburgh, whose research promises to bring about the first ever treatment which will allow women with endometriosis to lead normal lives, without pain, and will preserve their fertility.