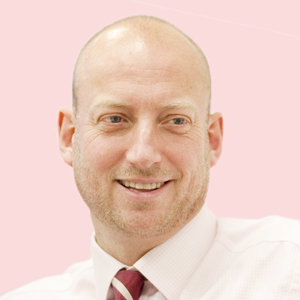 “With up to 50% of women struggling to identify when they’re most fertile using traditional ovulation tests,1 the use of myLotus a brand new technology, for anyone trying for a baby will, for the first time, accurately track their personal hormone levels at home.” says Matthew Walls.

How do I identify my most fertile days?

If you are trying for a baby, knowing when you are about to ovulate can improve your chances of conception. As your body prepares for ovulation, your luteinising hormone (LH) concentration levels rise; this is known as the ‘LH surge’. Now, with the latest lab-quality technology, women can track their LH levels and identify their surge to determine when they’re most fertile, providing them with knowledge of their cycle and ultimately boosting their chances of getting pregnant.

What if I don’t fit in the ‘average’ ovulation profile?

Over 50 per cent of women do not fit into the ‘average’ ovulation profile1, and as such, may not be able to detect their most fertile days using standard fertility monitors.

Fertility expert and myLotus ambassador Dr Larisa Corda says, “LH levels vary greatly from woman-to-woman, but even women with low LH levels can have an LH  surge. Knowing when you are about to ovulate is invaluable when it comes to trying to conceive. This technology is sensitive to even the lowest levels of LH and is personal to you.”

How will knowing about my LH surge help?

“Identifying your LH surge means that you can see which days you are most fertile. You can optimise your chances of success by having sex on the days just prior to ovulation and on the day of ovulation itself – normally giving a window of up to 48 hours,” says Dr Corda. “Your LH surge is a useful, reliable indicator of when you’re about to ovulate.”

What can affect my LH levels?

There are multiple conditions and lifestyle habits than can affect levels of LH, including fluctuations in weight, stress, emotional issues, dieting and the presence of other chronic illnesses. Conditions such as Polycystic Ovarian Syndrome (PCOS), which affects one in five women in the UK2, can cause an imbalance in sex hormones. This is because women with PCOS typically over produce testosterone and LH. Dr Corda says, “Having higher levels of LH means that women with PCOS find it much more difficult to identify their LH surge and ovulation windows because they’re starting with higher levels anyway – sometimes they don’t know if they have ovulated or not.”

“Ovulation is such a complex and sensitive process which is why a test that uses averages isn’t going to be as reliable. This new technology provides a real-time number for the LH surge and specifically indicates when you’re actually about to ovulate.” Dr Corda adds.

Sarah Shakib from Swansea says, “I wanted to pinpoint ovulation to make it easier for me and my partner, but with the tests I was using, I never got a positive result, which suggested that I wasn’t ovulating at all. However, with the myLotus Fertility Monitor, I now know where I am in my cycle at any given time. I have my LH numbers and the app shows my graph explaining my fertility levels – it’s like having your own little science lab at home. I now have control over my fertility and a stronger understanding of how my cycle works.”

1 Alliende (2002) Mean versus individual hormonal profiles in the menstrual cycle; Fertility and Sterility