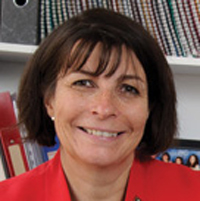 Misdiagnosis and stigma are major challenges in childhood epilepsy. These can be addressed by ensuring early and correct diagnosis and increasing awareness of epilepsy and its burden on children and families.

While epilepsy can affect anyone at any age, it most commonly starts in childhood. In the UK, of the 600,000 people with one of the 40 different existing types of epilepsy, an estimated 51,500 are children under 16.

“An early and correct diagnosis is vital to ensure these children receive the right treatment and have optimal health as well as learning and behavioural development,” says Professor Helen Cross, The Prince of Wales’ chair of childhood epilepsy, UCL Institute of Child Health, Great Ormond Street Hospital, London, and Young Epilepsy, Lingfield. “But, because of the lack of a single diagnostic test for epilepsy, misdiagnosis rates are high.”

According to the Joint Epilepsy Council of the UK and Ireland, up to 31 per cent of people with epilepsy receive an incorrect diagnosis.

The real lack of awareness is about the daily social and emotional difficulties children and families may have, for which they have little support.

This figure includes children who are mistakenly given a diagnosis of epilepsy or diagnosed as having a different medical problem altogether.

Antiepileptic drugs are the first-line treatment for epilepsy. They don’t cure the condition, but help prevent seizures, in most cases. When complete seizure control is not achieved, surgical removal of the part of the brain where seizures start can be an option. “In carefully selected children, where seizures are coming from one area of the brain that is safe to remove, the chance of seizure freedom is 50 to 80 per cent with surgery,” says Professor Cross. “Consider that the probability of achieving seizure freedom by trying a new drug when two or three have failed is 5 to 10 per cent.

“Improved understanding of the causes of epilepsy, will allow us to develop treatments that also target the mechanism underlying the condition. For example, some childhood epilepsy is caused by a genetic abnormality that impairs the ability of brain cells to take up sugar from the blood. Treatment with a high fat ketogenic diet, which provides brain cells with ketones as an alternative fuel to sugar, can lead to marked reductions in seizures or even seizure freedom.”

Unfortunately, despite increased understanding by researchers, public awareness remains low, mainly because of the stigma surrounding epilepsy. And it’s not just poor knowledge of the condition itself that is the problem. Professor Cross says: “The real lack of awareness is about the daily social and emotional difficulties children and families may have, for which they have little support.”

Fighting stigma and ignorance is thus as vital as medical treatment, if we want to ensure that children with epilepsy lead fulfilling, satisfying lives right from the start.