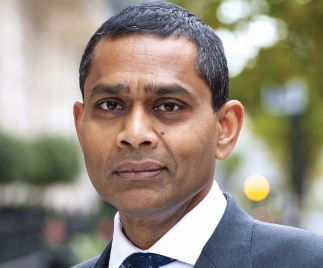 St George’s Hospital in London is the first in the UK to offer non-invasive prenatal screening to high-risk women.

Until now, invasive and potentially harmful procedures, such as amniocentesis and chorionic villus, have been the only way to diagnose whether a foetus is affected by Down’s syndrome or another genetic disease. As a result, nearly 30,000 women each year are faced with the heart wrenching decision of whether or not to have an invasive procedure, which increases the chance of miscarriage.

Non-invasive prenatal screening (NIPT) carries none of these risks. The screening process uses a blood sample taken from the mother and analyses it using next-generation sequencing technology to estimate the risk of a foetus having serious genetic disorders such as Down’s syndrome, Edwards’ syndrome and Patau’s syndrome. It has a higher detection rate than the current combined screening test offered to pregnant women in the UK and is also much safer, quicker and cheaper to carry out than an invasive procedure. The test does not completely eliminate the need for an amniocentesis, as anyone who has a positive NIPT test would then need to undergo further tests to determine the results.

St George’s has been offering the test since March in partnership with Premaitha Health, and aims to create the UK’s first Centre of Excellence for non-invasive prenatal screening. At present, NIPT is only offered to women who are deemed to be at high-risk of carrying a child with a genetic disorder and more than 300 women have benefitted from the test through the NHS at St George’s so far.

“This is great news for the trust and for pregnant women in the UK. NIPT has the potential to make a huge difference to the care and reassurance that clinicians can offer to pregnant women,” commented Professor Basky Thilaganathan, Consultant Obstetrician at St George’s.

Too many women have been through the anxiety and discomfort of invasive procedures after receiving false positive results from the combined test.

Last month, the National Screening Committee made a draft recommendation that the test is robust and could be made available through the NHS. Considering the success of the project at St George’s, the committee is unlikely to go back on their decision, meaning that NIPT could be available more widely across the NHS within the next few months.

Professor Thilaganathan is optimistic that, as the benefits of this test become evident, more hospitals will offer the test not only to those deemed to be at high risk, but as part of the standard pre-natal testing offered to all women between 11 and 14 weeks of pregnancy. With a detection rate of 99 per cent, NIPT is more accurate than the current combined screening offered at this stage in pregnancy and could spot trisomy chromosome disorders that are currently missed at this stage.