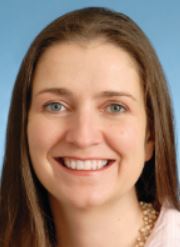 Genes are the essence of life. They make us who we are and yet the majority of people know very little about them.

There are 25,000 genes in every cell in our body and to think that a fault in just one of these genes can affect whether a child will be able to walk, see, learn, get a job, live independently or even survive to adulthood, is astonishing. But with between 6,000 and 8,500 diagnosed genetic conditions, many with unpronounceable names, perhaps it’s no wonder the public struggle to get to grips with the term ‘genetic disorder.’

This has spurred us here at Genetic Disorders UK to do all we can to raise awareness of genetic disorders through Jeans for Genes Day and help those affected get the support they need.

A genetic disorder can affect anyone – genes do not distinguish between social class or wealth. But with so little information about genetic disorders in the public domain, everything from diagnosis to treatment can seem like an ongoing battle.

Whilst some rare genetic conditions are picked up early through interventions such as newborn screening, the majority aren’t. Instead, families endure months, maybe even years of medical investigations, sometimes without any answers.

Whilst diagnosis may offer some relief, it’s by no means the answer to everything. More than half a million families across the country struggle to care for an affected child whilst parents try to hold down jobs, look after other siblings, access the right benefits and support, and simply try to live a normal life. To say it’s tough is an understatement.

Caring for a child with a genetic disorder brings with it all sorts of additional responsibilities, concerns and anxieties. However, any parent will tell you that one of the worst types of anguish they ever feel is when they watch their son or daughter being excluded by other children or taunted because of a genetic disorder they have absolutely no control over.

And yet so much of the bullying could be avoided if only more was taught about genes and genetics in our schools. Through education, the media and by simply encouraging parents to talk to their children about difference, we know we can allay the fear and breakdown the misconceptions that exist around genetic disorders.

Now in its 20th year, there has never been a better time for Jeans for Genes Day to raise awareness about genetic disorders. Within the last two decades, we’ve seen some of the greatest advances in medicine in the arena of genetics. The completion of the human genome project in 2000 opened up a wave of genetic research aided by rapid advancements in technology. The theories that we’ve been hearing about for so many years are becoming real life medical science that will have a profoundly positive impact on many lives.

And this is just the beginning. Over the next few years, we hope that more advances will start to filter down into mainstream healthcare, so the individuals and families who live with the challenges of a genetic disorder on a daily basis can start to find more effective solutions for the management and treatment of their conditions. From the publicity Jeans for Genes Day generates in the media to the incredible discoveries of researchers, we can each play our part in changing the way people view genetic disorders.