Actor, TV presenter and comedian Warwick Davis speaks about his life with a rare genetic condition.

Warwick Davis, famous for his roles in films such as Star Wars and Harry Potter and on TV, says the stigma surrounding genetic disorders is no laughing matter.

Over the past few years, social attitudes to visual abnormality have improved: awareness events like Jeans for Genes Days have raised awareness and helped to destigmatise genetic disorders. In this respect, he believes the media has been helpful too.
Despite efforts to bring genetic problems out into the open, misinformation and embarrassment about genetic diseases do persist.

Warwick notes that parents can be too quick to deter an inquisitive child from asking questions. Perhaps, more unfortunately, people can often fail to appreciate and accommodate the physical pain that people with a genetic condition may silently endure.

If you can find a positive, it can become like a super power.

Of his own situation, Warwick says: “When people see me they see a short person, but that’s just the tip of the iceberg. There are a lot more complications and pain going on that people don’t see.” 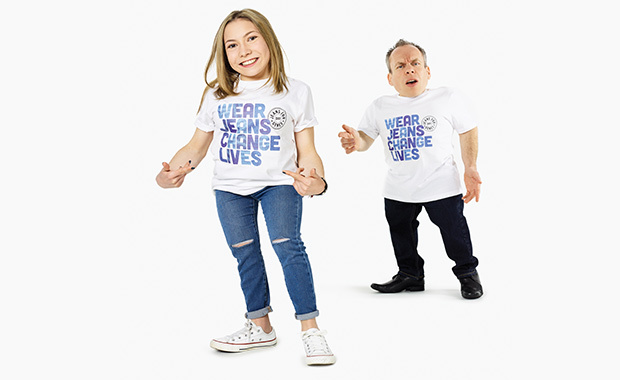 Warwick, who was born with a rare genetic condition called spondyloepiphyseal dysplasia (SED), remains stoically upbeat and candid about his own condition that affects bone growth in the spine, arms and legs. He believes it has made him a stronger, more compassionate, more determined and an all-round better person. “If you can find a positive, it can become like a super power,” he says.