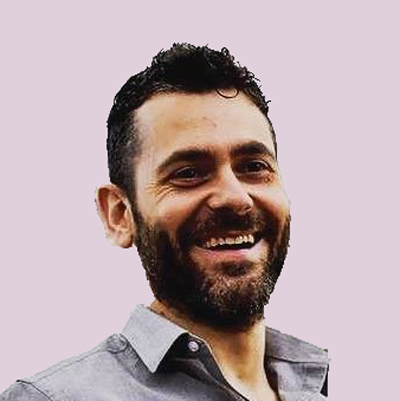 The role of the Sports Scientist is to keep athletes and players on track with minimal adverse side effects.

Pain, and its effective management, can make or break an athlete’s career. Anyone viewing Andy Murray’s emotional press conference before the Australian Open this year couldn’t help but be moved. The tennis pro announced his retirement stating he’d been struggling physically for a ‘long time’, particularly with his hip injury. Hearing Murray describe his daily battle with pain (severe enough for him to struggle putting socks and shoes on) brought home to many the sheer grit required to compete at the highest level.

When treating athletes, the difference between pain resolution and pain management is thrown into sharp relief. In the sports world, as in any other arena, our long-term aim is pain resolution: to eliminate the problem at the source. Frequently we’re called to deal with situations where the onset of pain is unexpected and arises in the absence of any trauma or muscle strains. Our role is to keep the players on track with minimal adverse side effects, so they can get their job done and perform.

Daily use of NSAIDs

In sports medicine, as in everyday life, nonsteroidal anti-inflammatory drugs are so commonplace as to be virtually invisible. During international events like the Olympic Games and World Cup, the daily use of NSAIDs are reported to be as high as 25-35%. This despite well-documented side-effects ranging from hypertension and gastrointestinal diseases to asthma exacerbation.

Increasing numbers of sports scientists regard a transition to new pain management methods for athletes to be imperative. Especially given the high levels of competition reached by professional athletes today. The triggers are multi-factorial: traumas, daily stress, training load, recovery needs, fatigue accumulation, tissue stress, travel frequency, nutrition issues and disrupted sleeping habits. All of which contribute to creating the neurological/biochemical breakdown that leads to the appearance of pain. Given the sheer accumulation of internal and external stimuli, the additional biochemical disruption caused by NSAIDs is undesirable to say the least.

Is TENS/EMS the future?

Neuromodulation in its various forms has been used to manage pain since Egyptian times. The term describes both a biological/physiological process and a ‘therapeutic’ approach. One of the most important and widely studied neuromodulation approaches is the use of current to modulate pain sensation by targeting afferent sensory nerves using Transcutaneous electrical nerve stimulation, (TENS) and to elicit a neuromuscular response by targeting efferent motor nerves using Electrical Muscle Stimulation (EMS).

Since the 1960s, TENS/EMS devices have evolved virtually beyond recognition. Health professionals have applied them in a wide range of contexts, from deep-brain stimulation and spinal cord stimulation up to the more recent Functional Electrical Stimulation (FES). Today’s research is cutting edge and tremendously exciting, focussing on human-brain interface systems.

Recognition of the efficacy of multi-application TENS/EMS devices has been reinforced by notable results in sports performance. Thanks to the intuition and practical application of some innovative coaches and trainers in the 1980s and 90s, the use of EMS to improve strength and conditioning opened a new window into understanding how the nervous system adapts to stimuli. It was due in large part to the success of these devices in delivering EMS as a form of training, rather than therapy, that mindsets changed.

Today’s devices allow athletes and their physiotherapists to select and administer an array of treatments; from cupping, kneading, and tapping massage techniques to acupuncture functions. The widespread use of TENS/EMS devices such as the pioneering PainPod 3 among athletes for performance enhancement and pain management is changing the face of sports science. The perceived success of pain management remains a notoriously challenging area for research, with so much depending on an individual’s circumstances and the condition being treated. However, for an increasing number of sports scientists the case for effective drug-free pain management has been made.