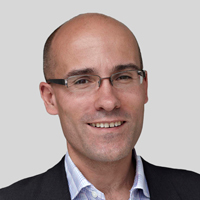 Studies show how cancer cells can evolve so as to resist and evade treatment. Now trials aim to use this new knowledge to help fight back.

Upcoming trials that combine new knowledge about cancer evolution and immunotherapy could lead to major breakthroughs in cancer treatment.

One of the reasons cancer is so hard to treat is not perhaps what you might expect: it’s evolution.

New studies of the way cancer evolves are set to lead to breakthroughs in treatment.

Professor Charles Swanton, Chief Clinician at Cancer Research UK, says: “Most of us think that evolution takes place over thousands of years. But it’s not true in all cases – tumours can evolve in weeks or even days.

This means that, over time, tumours evolve into a ‘patchwork’ of cancer cells in which different regions of a tumour have different genetic faults and behave differently.

Scientists call this phenomenon ‘intratumour heterogeneity’ and it explains why some cancers are difficult to treat, especially once they’ve started spreading round the body, where the secondary tumours can have a slightly different genetic make-up from the primary tumour.

Swanton was lead researcher on a Cancer Research UK study called TRACERx, the first study to map the evolution of cancer in real time in immense detail. Researchers followed patients all the way from diagnosis through to either disease relapse or cure after surgery, tracking and analysing how their cancer developed.

The study found that unstable chromosomes within lung tumours increase the risk of cancer returning after surgery. The findings reveal new insights into how tumours evolve and evade treatment, a leading cause of cancer death.

Now, Swanton and his team are building on this research with two clinical trials, planned for 2019, involving patients with either lung cancer or melanoma.

During the trials, immune cells which target cancer cells with mutations found in every tumour cell, will be given to each patient. “This individually-targeted therapy takes personalised medicine to the limit,” says Swanton. “I hope the results will transform our understanding of cancer and how we treat the disease.”