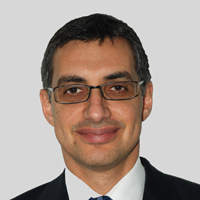 Treatment options are becoming more personalised with the development of innovative genetic tests, which can tell a woman if she is at high or low risk of the cancer returning or spreading.

One in eight women will develop breast cancer but the outlook is improving all the time. Of those who would have died if diagnosed in 1990, half will now survive, says Dr Andreas Makris, Consultant Clinical Oncologist at Mount Vernon Hospital. Dr Makris, who is co-Chair of the UK Breast Cancer Group, explains current treatments.

In recent years, many women with early breast cancer have been treated with chemotherapy after surgery, even though we know that only a minority of women would benefit from this treatment. There is currently much interest in finding out which women will benefit from chemotherapy. If we treat women who will not benefit, not only is there a financial and personal cost, they will also suffer unnecessary side-effects and a delay to the start of their hormone treatment and radiotherapy.

The TAILORx trial looked at women who had received a genetic test (Oncotype DX) to decide whether they needed chemotherapy. Those at high risk were given chemotherapy and those at low risk were not, but there was no evidence to guide the treatment of women in the intermediate group. The trial demonstrated that women with node-negative disease and relatively small tumours (who had previously been given chemotherapy) did not benefit from it.

The OPTIMA trial uses the Prosigna genetic test to try and answer the same question in a group of women whose cancer is more advanced than those in the TAILORx trial, either because their cancers had spread to the lymph glands or they were larger than 3cm. As of last week, 1,000 women of the 4,500 target were recruited to OPTIMA.

Use of genetic tests such as Oncotype DX and Prosigna is an innovation that promises to further personalise the treatment of patients with breast cancer. In the future it should be possible to say with much more certainty which women will benefit from chemotherapy. Those who will benefit can access treatment and those who won’t benefit are spared the side-effects and can progress more quickly to the hormone treatment and radiotherapy that is more likely to be effective.