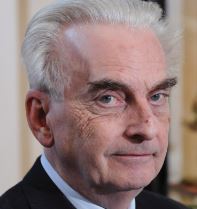 Emeritus Professor of Bacteriology, the University of Aberdeen

The rise of antibiotic-resistant bacteria means that we can no longer rely on antibiotics to fight infection. Now good hand hygiene is even more vital in saving lives.

When it comes to tackling the spread of infection, simple hand-washing can be the difference between life and death.

“Hands are the most common way bacteria such as Staphylococcus aureus and the e-coli family are spread,” says Professor High Pennington, Emeritus Professor of Bacteriology the University of Aberdeen. ‘Staphylococcus aureus, which lives in our noses or on the skin surface, can be easily transferred by touch.’

When these bacteria get inside the body, perhaps through an open wound, they can cause serious infections such as blood poisoning, joint or heart valve infections. The result can be fatal.

In the past such infections have been treated with antibiotics, but genetic changes in the bacteria have led to the rise of Meticillin Resistant Staphylococcus aureus, which does not  respond to antibiotics.

The best solution is to reduce the transmission of such bugs – and hand-washing is the best method.

Hand-washing is the most effective infection control procedure of all. Masks and gowns counts for little if hand-washing is poor or absent.

Hand hygiene is equally important outside of hospitals. In 2000, 28 children fell ill after picking up e-coli from sheep droppings at a scout camp. “Those who had achieved their scout hygiene badge did not get it, because they washed their hands before eating,” says Pennington.

An outbreak of Clostridium difficile killed 34 people in a small hospital in Dumbartonshire in 2007-08. An enquiry found that causes included old, damaged hand-basins that were hard to access, reducing the effectiveness of hand hygiene.

Remarkably, there are no nationwide regulations governing hand-washing in hospitals. Rules are stricter in food processing factories and even abattoirs, which had taps that needed no hand contact before these were installed in hospitals.

But Pennington points out: “Ideally medical staff should wash their hands between each patient, but it is hard to ensure this without having CCTV or inspectors on wards 24/7. Compliance is improving as a result of hand hygiene campaigns but what is needed is a change in behaviour so that hand-washing becomes automatic.”

More rigorous hospital record keeping helps, so that the root cause of outbreaks can be identified.

“Training is crucial so that all medical staff understand the role of hand hygiene in disease   prevention and know what they should be doing and how,” says Pennington.

Monitoring devices such as scanners which reveal poor hand-washing methods can be useful in training staff in the correct hand hygiene techniques.

“Different methods tackle different bugs: hand washing with soap is best for hands that are visibly contaminated or when there is likely to be exposure to organisms such as C.difficile or gastrointestinal infections such as norovirus, which are alcohol resistant.

Alcohol-based hand rubs are effective in reducing the risk from MRSA or ‘flu, which are affected by alcohol.”