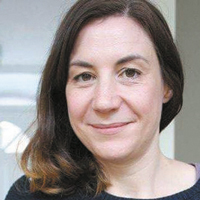 The figures are startling. Nearly one in four children enter primary school with a weight classed as overweight or obese; this rises to more than one in three when they enter secondary school.

But it’s not just children. Today, almost two thirds of adults in England are overweight or obese. Based on current trends, half of all children will be obese or overweight by 2020 – increasing their risk of lifelong health problems as adults.

What are the health implications of obesity?

As well as the high cost of obesity to the individual, there is also significant financial cost to the NHS. The direct cost to the NHS of treating obesity-related conditions is estimated to be at least £6.1 billion a year. That’s the equivalent of the salary of around 163,000 nurses or 85,000 hospital doctors – and the cost of carrying out more than 115,000 heart transplants or more than 718,000 hip replacements.

What can be done to tackle the problem?

Prevention is key. The environment in which our children are growing up is conducive to eating more than we need and sedentary lifestyles. It’s often difficult to make healthy choices with relentless promotion of readily-available, unhealthy food. The aim of Government policy should be to reduce the number of children who are classified as overweight and obese to see healthier future generations. The introduction of the Soft Drinks Industry Levy – commonly known as the ‘Sugar Tax’ – is a huge step in the right direction and already many companies have reduced the amount of sugar in their drinks.

The Obesity Health Alliance is a coalition of over 40 health charities, medical royal colleges and campaign groups, working together to tackle obesity through evidence-based policy. We have a number of key priorities, which we hope will form part of the government’s updated Childhood Obesity Plan expected to be published by summer. These include:

It is only with concerted action across all levels of society – from government and industry through to schools and individuals, that the obesity epidemic can be stalled. The future health of the nation depends on it.