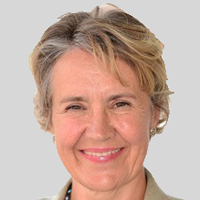 Should we be worried about the effect of air pollution on our health? Alison Cook, director of policy at the British Lung Foundation says yes, we should.

News on air pollution has been hard to avoid over the last few years. With new studies and figures coming almost weekly, it can be difficult to keep track of the evidence.

What we know is that many parts of the UK have dangerous levels of air pollution. Breathing in polluted air is linked to multiple health concerns including asthma, COPD, stroke, heart disease and now lung cancer. There’s also emerging evidence that poor air quality is linked to dementia and diabetes. We know those most vulnerable in our society – children, the elderly and people with existing heart and lung conditions – are most at risk. And we know that not enough is being done to reduce the risk.

2,220 GP practices and 248 hospitals in Great Britain are in areas that exceed the World Health Organization’s (WHO) safe air pollution limits.

Last month at the British Lung Foundation we released a report called Toxic Air at the Door of the NHS that found 2,220 GP practices and 248 hospitals in Great Britain – including major teaching hospitals and children’s hospitals – are in areas that exceed the World Health Organization’s (WHO) safe air pollution limits. The report maps fine particulate matter (PM2.5) levels at health centres across the country. PM2.5 refers to tiny particles 30 times smaller than the average human hair. They are particularly harmful to our health, as they are small enough to pass through the lungs and into the bloodstream. The particles come from multiple sources, with the majority coming from road transport in urban areas.

The fact that vulnerable people with NHS appointments are being exposed to toxic air that could make their health worse is completely unacceptable. We believe healthcare professionals deserve to work in clean air, and their patients deserve healthy environments in which to receive care. That’s why we’re calling on the government to use the upcoming Environmental Bill to adopt WHO’s limit for PM2.5 and work with local authorities and other decision makers to ensure we meet it.

What can you do to help stop modern air pollution?

Modern air pollution is invisible, and so it’s easy to ignore. But this is a public health emergency. So, what can we do? The first thing is to cut back on car journeys, and if possible, walk, cycle or carpool for shorter trips. Most importantly, we need people to talk to local decision makers and campaign for change. Joining local groups like the Clean Air Parents’ Network can really help.

We can clean up the air we breathe; the Clean Air Parents’ Network brings people together so their voices can be heard as they call for ambitious action from local and national governments.