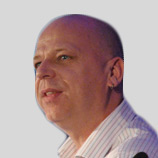 In the last two decades treatment of pulmonary arterial hypertension (PAH) has extended lives — but there is further to go.

“The UK is the envy of the world when it comes to dealing with PAH because it has specialist centres with staff who are experts in this life limiting disease,” says Iain Armstrong, chairman of patient group PHA UK. “PAH has become a chronic rather than an acute condition but wider awareness is urgently needed.”

PAH affects the smaller pulmonary blood vessels which become stiff and thickened, resulting in back pressure on the heart. Symptoms, which include breathlessness, lethargy, dizzy spells and chest pains, develop slowly so diagnosis takes, on average, over two years.

“A recent survey of patients showed that half waited a year before seeking help,” says Armstrong. The disease affects all ages but commonly patients are aged 50 to 60 at presentation and many put the symptoms down to ageing. Symptoms resemble those of many other conditions, making it hard to diagnose. Some of the UK’s 7, 500 patients under specialised care were initially told the symptoms were psychosomatic.

Early treatment can slow the development of the disease. The prognosis for patients who respond to effective treatment is greater than seven years, an increase from two and half years, 20 years ago, when treatment was limited. Lung transplants are a last resort for patients unresponsive to treatment.
Progress is being made — two new drug treatments will be available this year and research that will make it easier to match patients more closely with suitable drugs is ongoing.

PHA UK offers a patient forum, raises money to support patients and funds research into the effects on patients’ lives but Armstrong says: “PAH is a serious but almost unknown disease. It needs a higher profile.”