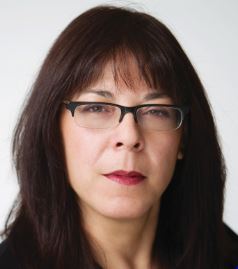 Chair of the Taskforce for Lung Health

Over 10,000 people are diagnosed with lung disease every week in the UK. The Taskforce for Lung Health brings together the most influential voices from across the lung health sector.

At least one in five people will have a lung condition at some point in their lives. It is a debilitating condition, preventing people from living life to the full at work, at home and in their communities. It reduces the productivity of our economy and requires considerable NHS resources.

Yet, despite its high prevalence, people with lung disease are being let down. Delays in diagnosis, variable quality of treatment and patchy access to services known to have the best outcomes all contribute to death rates not having improved for more than 10 years.

The Taskforce for Lung Health was created to address these urgent issues, uniting 30 groups from across the lung health sector. The Taskforce is preparing a single, five-year plan for improving lung health in England, endorsed by the whole respiratory community.

The plan, which will be published at the end of the year, will start with prevention and cover diagnosis, treatment and end-of-life care. We also aim to raise public awareness and understanding of lung health.

Alongside the publication, the Taskforce will carry out a range of activities to inform and involve the public. We’ll also be influencing government, NHS England and other bodies to support the recommendations we come up with.

The missing millions who could have undiagnosed COPD

Around 1.2 million people have had a COPD diagnosis, but millions more are living with the disease.

The Taskforce will address stark health inequalities, an issue particularly poignant on World COPD Day. Depending on your postcode or your income, you could be more likely to get a lung condition like chronic obstructive pulmonary disease (COPD).

Around 1.2 million people have had a COPD diagnosis, but millions more are living with the disease who don’t know they have COPD. This means they miss out on treatment and care.

By coming together as a Taskforce, we’re sharing knowledge and practical experience to make the best possible case for how and why change can be achieved, so that everyone experiencing lung disease gets the information, care and services they need.

We welcomed the news that respiratory disease, along with cardiovascular disease, is for the first time, an official priority in NHS England’s long-term plan. There is a real opportunity to deliver change now.