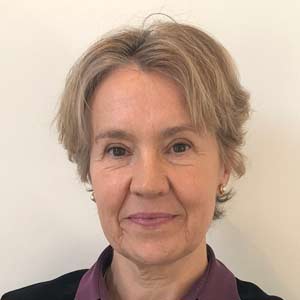 Chair of the Taskforce for Lung Health

Changes are happening to prevent more people from developing lung disease and transform the care of people living with lung disease says Alison Cook, Chair of the Taskforce for Lung Health.

Lung disease doesn’t make eye-catching healthcare headlines in the same way that, say, cancer or heart disease does. But it should because, incredibly, one in five people have been diagnosed with lung disease in the UK, which translates to 700,000 hospital admissions every year.

Even more sobering is this statistic: the UK has the fourth highest mortality rate from lung disease in Europe. Unfortunately, patients with lung disease or suspected lung disease have been let down by the healthcare system in the past because of late diagnosis, misdiagnosis, or the variable quality of treatment.

Currently, the NHS doesn’t have a defined pathway for someone who presents with respiratory symptoms. If you go to the doctor displaying a persistent cough or breathlessness, there’s no guarantee that you’ll be offered the right test, get a speedy and accurate diagnosis or be given access to the best treatment.

Lung disease needs to be a top priority for the NHS because we spend so much money every year on people who have poor respiratory health.

Clearly this situation has to change, which is why the Taskforce for Lung Health was launched last December, with a remit to prevent more people from developing lung disease, and to transform the care of people living with lung disease.

The Taskforce — a loud, collective voice that has outlined practical ideas around prevention, diagnosis and treatment — has over 30 members including patients, healthcare professionals, the voluntary sector and professional associations.

43 recommendations for changes to NHS practice

We’ve been working to get the NHS to recognise respiratory disease as a clinical priority and, last year, published our national plan setting out 43 recommendations for changes that need to be made in the next five years.

For example, pharmacists should be able to formally refer people with signs of lung disease directly to GPs, and we want to persuade the NHS to make pulmonary rehabilitation — a treatment that is both clinically effective and cost-effective — available to a wider variety of patients. I’m pleased to say that the plan was broadly welcomed and has helped NHS England make respiratory disease a clinical priority at last.

Tracking information on progress being made

Now we need to build on this success. In the new year, we will be publishing our one-year-on report outlining what has happened since we published the plan, and what we’ve been doing to help effect change for patients.

We’re also creating an online data tracker so people can access statistical information about the improvements in prevention, diagnosis and treatment for lung disease that are being made as a result of the Taskforce’s work.

I’m optimistic that things can and will change, but the Taskforce is not complacent. We can’t afford to be. Lung disease needs to be a top priority for the NHS because we spend so much money every year on people who have poor respiratory health.

I’m pleased to say that respiratory has been identified as a clinical priority area in the new NHS Long Term Plan, but it still needs the right funding and support from across the health service. Making changes to improve outcomes makes sense from the NHS’s point of view — but, more importantly, from the patient’s point of view, too.