When faced with a diagnosis such as prostate cancer, there can be a number of choices of treatment. One of the options is radiotherapy, a very effective treatment that avoids the need for surgery.

There have been many advancements in treating prostate cancer over the years, including one specifically designed to decrease bowel toxicity.

When faced with a diagnosis such as prostate cancer, there can be a number of choices of treatment. One of the options is radiotherapy, a very effective treatment that avoids the need for surgery. If you choose this treatment, you’re likely to be under the care of a consultant such as Dr Philip Camilleri. Dr Camilleri meets with a team of other experts weekly, to decide on a care plan most suitable for the patient. Often, the plan involves hormone therapy (HT) and radiotherapy.

The HT and radiotherapy timetable can take between four and seven weeks to complete and the resulting side effects can include needing to urinate more frequently and more urgently, with similar effects on the bowel. There is also a risk of erectile dysfunction.

Working to combat these potential side effects is an innovative gel, which, coupled with advancements in radiotherapy machines, lowers bowel toxicity. It could also facilitate a more powerful form of radiation (stereotactic radiotherapy) that could dramatically reduce the number of treatments given to just five.

Making space around the prostate

In terms of the male anatomy, the front wall of the rectum touches the back of the prostate.

Although the two make contact, they are not stuck together. The makers of the gel realised that, with a very carefully placed needle, the two can be pushed apart and a ‘spacer’ gel can be inserted. This harmless gel goes in under anaesthetic and takes around 20 minutes to place.

Patients have occasionally reported only a mild feeling of ‘fullness’, which soon goes away. It lasts three months in its current form before becoming absorbed by the body naturally over a further three months. “It complements the radiotherapy treatment very well,” says Dr Camilleri.

Within the last five years, the field of urological conditions and prostate cancer has rapidly progressed.​​​

The rate of bowel side effects reduced by up to 50%

The hydrogel is well-known in the US and has been in widespread use in the UK from January.

This simple solution is something that the consultant has seen reduce bowel related side effects in his own clinic. Clinical studies have shown that the rate of bowel side effects is reduced by up to 50%. In addition, erectile dysfunction rates were also reduced.

Dr Camilleri says, “It’s one of those, ‘why didn’t I think of that?’ solutions. By inserting a gel to push apart the prostate and the rectum, the bowel is spared, and the treatment is better tolerated.

I can also envisage the gel being useful to provide greater protection to the bowel with more complicated, higher dose radiation which is given over a shorter period of time. This is called stereotactic radiotherapy.”

GenesisCare have specialists who use this gel to help provide the best possible treatment for their patients undergoing radiotherapy treatment for Prostate Cancer.

Reducing the side effects of prostate cancer radiotherapy

Within the last five years, the field of urological conditions and prostate cancer has rapidly progressed, so much so that some medical innovations might be on their second or third refinement by the time the NHS adopts them, or the patient hears about them.

But the discovery of a small amount of free space between the wall of the bowel and the prostate really does change the way some of our most common procedures, such as radiotherapy, are carried out.

The gel combats the risk of rectal toxicity from radiotherapy by moving the rectum away from the prostate and forming a barrier.

Mr Simon Brewster, a Consultant Urologist in Oxford, is one of the surgeons helping to make the process easier in a new wave of personalised medicine.

He adds a small step to the timeline of typical hormone treatment and radiotherapy, a brief day case procedure that involves the insertion of a hydrogel, approved by NICE, using ultrasound.

“If they are candidates for prostate radiotherapy and they have a rectum – which some may not as it could have been removed for other reasons – then the vast majority will be suitable for the insertion of the gel, which combats the risk of rectal toxicity from the radiotherapy by moving the rectum away from the prostate and forming a barrier with the hydrogel.”

The process is brief and has few side effects

Patients often come to him to have this new gel inserted in a treatment that takes just minutes and has few reported side effects.

He said, “I’ve been inserting the gel using ultrasound since January. Once a patient has been diagnosed and had the option of radiotherapy offered to them, then they tend to be referred back to me. It’s important that patients lie still while the procedure is being carried out. For that reason, most patients have a brief general anaesthetic. I have also performed the procedure under local anaesthetic without any issues, however most patients prefer not to be awake.”

A few weeks before they are due to start radiotherapy, they come to Mr Brewster to have the procedure, preceded by a short consultation, in which he ensures that they are completely suitable.

As Mr. Brewster sees it, the gel is part of the toolbox of fighting prostate cancer. A brief day surgery means no over-night stays, and despite warning his patients that they may feel a slight bit of discomfort afterwards none have reported any. Those undergoing the procedure simply have to wait a few hours to pass urine, and can be discharged ready to start their radiotherapy treatment with the knowledge that their next consultant has more delineated lines to work with. 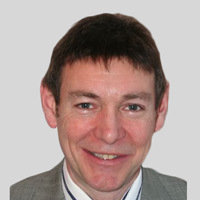 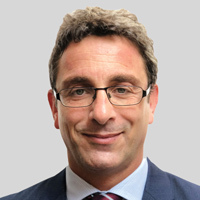