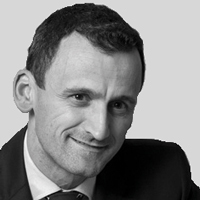 1. What is a urinary tract infection, (UTI)

A UTI is a bacterial infection of the urinary tract, most commonly the bladder but occasionally the kidneys (also known as, pyelonephritis).

UTIs are common; over 50 per cent of women are likely to suffer at least one UTI during their life. Men may also suffer but less commonly.

The most common cause of UTI is dehydration. Other risk factors are increasing age, being sexually active, diabetes and passing urine infrequently.

Most UTIs present with symptoms of urinary frequency, urgency and painful urination. In severe cases, patients may pass blood or develop a temperature, loin pain or shivering attacks, (known as rigors).

5. How can UTIs be treated?

UTIs are treated with pain relief and antibiotics for between three and five days and in more severe cases 7 to 14 days. It is best to increase fluid intake.

The risk of a UTI can be reduced by increasing fluid intake, showering rather than bathing, wiping front to back and passing urine before and after sex.