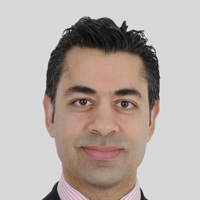 An estimated 3,000 men in the UK are currently eligible for a penile prosthesis, yet fewer than 25% go on to have the treatment, despite the high success rates.

For Christopher, an aggressive form of prostate-cancer in his mid-50s, left him with the embarrassing side effect of erectile dysfunction after his prostate removal. Not only was it highly embarrassing for the father of four, but it was something that deeply affected his previously loving relationship with his wife.

Common side effect of prostate cancer

“The majority of men I treat will have had a similar experience to Christopher, it is an incredibly common side-effect as the nerves in this area are so complex.” Explains Mr Asif Muneer, Consultant Urological Surgeon from the NIHR Bio-Medical Research Centre and University College London Hospital.

Symptoms may subside following a full assessment and an introduction to first line treatments, such as a lifestyle changes, oral tablets or injections. But, if required, a penile prosthesis returns full sexual function in over 90% of patients within just six weeks. “It’s a relatively uncomplicated operation,” says Mr Muneer. “Patients are often surprised that such a lot of ‘equipment’ could be placed through a small incision in the scrotum. I often hear, “I didn’t realise it was so easy.” Most of my patients are discharged the next day and report great satisfaction rates just a few weeks later.”

Of course, there is a degree of ‘teaching’ the patient to use the mechanism, but, within two weeks, the swelling will subside, and a patient can practise moving the implant up and down. Six weeks later they will be able to have full, penetrative sex.

It is important not to underestimate the psychological impact that impotency can have on a man, as recognised as a normal criterion by the World Health Organization for maintaining individual welfare.

Among the psychological aspect is the issue of age and the worry that older men need to ‘put up with it’. Mr Muneer says, “Within my work there is no discrimination of age, I have treated men from their early 20s to a man in his 90s. It really makes no difference to us as long as they fulfil the criteria and we can make a difference to their lives.”

With an ageing population and the treatment of more aggressive cancers, particularly those from childhood, Mr Muneer has seen an increase in younger men affected by erectile dysfunction following cancer treatment, such as Gary.

“Gary was a young man in his late 30s who had had a particularly aggressive tumour. Unfortunately, he became impotent as a side-effect of the treatment. But with just a small operation it has transformed his relationship with his wife. They’re both incredibly happy.”

These cases will only add to the testimony a device can bring, and with few known complications following the operation (the mechanical pump often lasts a decade before a replacement is needed) Mr Muneer is certain that there will be a growing demand for penile implants.

He says, “I think a lot of people simply don’t know that this treatment exists. For anyone currently suffering with erectile dysfunction and who has exhausted front-line treatments, I would simply say, ‘ask for additional help’, because these solutions are out there and with such a great satisfaction rate, I see this becoming a much more well-known and popular operation over the next few years.”