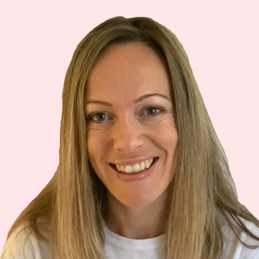 For some men, the diagnosis of erectile dysfunction can feel like a death sentence to their love life, but there are treatments available for this condition and therefore there could be a solution for it.

Erectile dysfunction is still an embarrassing issue for men, but one that is increasingly common. While there are many treatments to try first, for some men, the only alternative will be a surgical procedure such as a penile prosthesis.

Clinical nurse practitioner, Clare Akers, advises men on the various treatment options available for men with erectile dysfunction, no matter their age. It’s something she feels both the medical profession and the media have a role in making less taboo.

She says: “All too often, a patient will come to us with erectile dysfunction. This could have developed after surgery for prostate cancer, for example, or by having diabetes. The sad thing is they believe that they’re not entitled to surgical help because they are too old or not in a relationship. But there isn’t an age limit and you don’t have to be in a relationship to have a penile prosthesis.

Within three months, men should be able to return to normal activity and regain their sex life.

Clare finds it important to be truthful to the men who come to see her, often having heard rumours of a bionic penis but not sure of the mechanics.

Her role as a clinical nurse practitioner is to make sure that all other medical treatments and options have been exhausted, and then to explain the alternatives if they are fit enough for surgery. It is essential that the men understand that a penile prosthesis is irreversible and, like with any surgery, carries some risks, all of which she explains carefully to ensure men remain fully informed.

She says the main difference between the two types of penile prosthesis available is that one maintains an erection at all times (malleable prosthesis), which can be concealed, “I often describe it as ‘bendy rods’ that are inserted into the penis. Whereas, the other type consists of a mechanical device (inflatable prosthesis) that is fitted into the penis, scrotum and pelvis, which can be inflated and deflated through a pump in the scrotum.” The inflatable penile prosthesis is not detectable from the outside, whereas the malleable looks less concealable, and yet after surgery men can return to a normal life with sensation and orgasmic function.

Clare often finds men are worried about the possibility of embarrassment, such as walking through an airport scanner or not being able to continue their hobbies, but that’s not the case.

She says: “There is often discomfort from the procedure in the first four to six weeks and then if they have the inflatable penile prosthesis they must be taught how to inflate and deflate the device, but, within three months, men should be able to return to normal activity and regain their sex life.