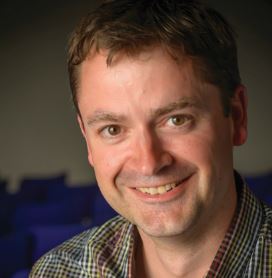 GP with special interest in urology, and a clinical advisor to Tackle Prostate Cancer

If someone is experiencing urinary symptoms, should they be worried?

Urinary symptoms are caused by lots of different things. It’s important for anyone with new, troublesome urinary symptoms to discuss them with their GP to find out the cause — and to get away from the idea that they’re simply a part of growing older and something you have to live with.

What is benign prostate disease?

It’s enlargement of the prostate and it happens to all men as they get older. A lot of men who have symptoms caused by benign prostate disease are worried about prostate cancer. I would encourage men with symptoms to see their GP so that, hopefully, those fears can be allayed — or, if there is evidence of cancer, a plan can be made for treatment.

What is the PSA test, and how does it help diagnosis?

It stands for Prostate Specific Antigen which is a chemical made only by the prostate. Your PSA level can be checked with a simple blood test. Borderline or mildly raised levels can be difficult to interpret, but the higher the level the more likely it is due to prostate cancer.

What is a ‘normal’ level for a PSA test?

It depends on how old you are. If you are in your 50s it should be less than three; in your sixties less than four, and in your seventies less than five. But other factors can make your PSA level rise — such as benign enlargement disease, infection or a condition called prostatitis — which is why it can be a difficult test to interpret.

Who should have the PSA test?

Men who have urinary symptoms will often be offered a test as part of their assessment. There is no national screening programme using PSA as this has not, as yet, proven to be beneficial. But, men who are at greater risk of prostate cancer are the most likely to benefit from undergoing testing. Afro-Caribbean men are 3 times more likely to develop prostate cancer as white men in the UK. Men who have a family history of the disease, e.g. if their father or brother have had prostate cancer, should also think about being tested.

If you have a PSA test when you are relatively young — say 50 or 55 — with a level that is roughly above one, then there is growing evidence that you may be at higher risk of prostate cancer in the future. These men who should be thinking about having regular PSA tests, so it may be useful to ‘get a score on the board’ from an early age to understand future risk.

Why are support groups important?

A lot of men with prostate disease and prostate cancer can feel quite isolated. They will receive professional support, of course; but it can be incredibly helpful to speak to other men who are going through the same thing as themselves. If you have treatment for prostate cancer it can have an impact on your sexual function and continence. So a support group enables men to talk about things that they might not be easily able to discuss with health professionals, or with their friends and family. Tackle Prostate Cancer has a network of over 70 support groups around the country, so their website is a good way to find if there is something in your local area.

Are men better informed about prostate issues these days?

Thankfully, yes. I have been a GP for 10 years and, during that time, I’ve seen a difference. Men are getting much better at coming forward and asking questions. The message to men is that going to see their GP about urinary symptoms doesn’t mean they will end up having treatment or an operation. Lots of men simply get a test to reassure them. It’s far better to do that than sit at home worrying.