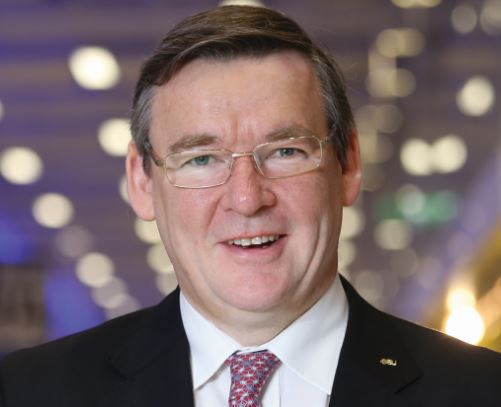 Secretary General of the European Association of Urology (EAU)

New developments in the field of urological health are exciting — but patients need to see their GPs earlier when symptoms occur, says Professor Chris Chapple from the European Association of Urology (EAU).

Urological problems — including incontinence, issues with the prostate and erectile dysfunction (ED) — are increasing across the world, and for a combination of reasons.

Firstly, we are all living longer and, generally, these conditions are associated with older age. But lifestyle factors can play a part, too. Obesity is also on the increase and can be a factor in erectile dysfunction, for example.

Thankfully, there are now new treatments and new clinical thinking in this field of medicine. Incontinence — which occurs more frequently in women than men because of anatomical factors — is increasingly being treated with a drug called Mirabegron, a beta-3 adrenergic agonist for over-active bladder. The benefit of this drug is that it has few side-effects, although it may not be suitable for those with uncontrolled high blood pressure.

For prostate cancer, there has been a reduction of radical prostatectomy across Europe in the last year and a rise in increasing surveillance. This trend towards more conservative management of the disease — and the recognition that some men with low grade cancers can be observed, rather than operated on — is to be welcomed. There has also been an increase in the use of MRI scanning of the prostate where cancer is suspected. For benign prostate hyperplasma, or BPH, a couple of new treatments are still being evaluated, and the jury is still out on their efficacy.

Unfortunately, one of the problems with this part of the body is embarrassment. In general terms, men are more reticent about going to see their GP than women, particularly for a condition such as erectile dysfunction, instances of which are increasing. Yet there is something that can be done about ED and it needs to be taken seriously — particularly in the middle-aged and the elderly — as it can be a sign of an underlying vascular problem.

When it comes to treatment, the advice is to study your options and discuss them carefully with your GP and/or specialist. For example, in Scotland, mesh implant surgery for women with stress urinary incontinence hit the headlines recently when it was suspended pending an independent review (to be published in the autumn); so patients considering this — or any other treatments for that matter —  should be aware of any potential side-effects.

And crucially, as this supplement makes clear with a range of case studies and expert advice, it’s important to recognise symptoms if they occur. Because while there is more awareness of urological health among the public, it doesn’t mean that people are more willing to discuss it openly with their doctor: many simply accept their symptoms and only go to their GP when they worsen. Yet it’s the simplest thing to document for a few days how often you are urinating and in what volumes — and talk to your GP sooner rather than later if you have concerns.