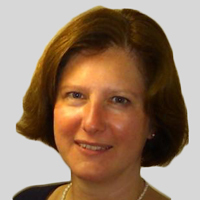 One in two Brits will have a urology condition and 1 in 4 of us knows someone with a urology cancer.

Let me explain with a few examples from recent data that was collected by The Urology Foundation ahead of Urology Awareness Month.

Nearly 50% of parents are not confident that they could correctly identify incontinence in their child. That’s not a good stat. Even worse, around 1 in 10 parents say that their child over the age of 5 has had to miss an event or come home because they had wet themselves. Of the children who wet themselves, 7% are afraid to leave home, 1 in 10 are embarrassed or have been bullied and a further 1 in 10 have had to decline social invitations.

Those stats do not tell the tale of happy children. That nearly 1 in 10 children who wet themselves are afraid to leave the home is reflective of the damage that incontinence causes, it speaks to a shame that so often plagues urological conditions. It’s not a trend that’s limited to children

Adults (and their sex lives)

For Urology Awareness Month 2018, we wanted to explore the impact that urology disease has on sex lives. Our polls showed us that 1 in 2 British adults have been stopped from having sex at some stage in their life because of a urological condition and that 1 in 10 have avoided pursuing relationships for the same reason.

A quarter of British adults miss out on sex ‘sometimes’ or ‘often’ because of a urology condition. This could be anything from incontinence to UTIs, cancer to erectile dysfunction. Not being able to have sex because of urology disease is a distressing experience.

This kind of statistic is an insight that allows you a glimpse at how urology disease will pervade every facet of your life. As you consider this pervasiveness, you might begin to understand why suicide rates are so high amongst urology patients.

While none of these statistics are good, we shouldn’t lose hope. Urology Awareness Month was set up by The Urology Foundation to galvanise patients, doctors, nurses, researchers, and supporters around the idea that we can lead the fight against urology disease. One in two Brits will have a urology condition and 1 in 4 of us knows someone with a urology cancer. It’s hard to escape urology disease, so why don’t you stand with us and join the fight?