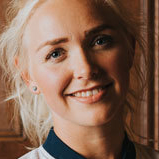 “I was convinced I had arthritis and told my father, but he replied that ‘arthritis is an old person’s disease’.” Pam first had arthritic symptoms when she was just seven years old.

Pam Relph first had arthritic symptoms when she was just seven years old. “I was convinced I had arthritis and told my father, but he replied that ‘arthritis is an old person’s disease’,” she says. As well as a stiff and painful wrist, Pam was coping with terrible fatigue. Eventually, she was diagnosed with juvenile idiopathic arthritis, which would disappear when she stopped growing.

Arthritis began to affect Pam’s right knee and left ankle; places she had injured playing sport at a high level. “As a child, the pain was relatively bad as I was on no medication for the first six years,” she says. “My wrist was so swollen it looked deformed. I’m had to have a scribe in exams. But nothing was going to stop me from the army career I had in my sights.” Pam was accepted into a military sixth form college when she was 16 years old.

“The army was happy to take me despite my diagnosis as I had been assured it would resolve when I stopped growing,” she says. Two years later, however, Pam had stopped growing but her condition had not improved. “I’d noticed that, when I was stressed or run down, I would experience a little psoriasis. It wasn’t long before I was diagnosed with psoriatic arthritis,” says Pam. “Still, I saw no reason why I shouldn’t continue to pursue my goal to be in the army.” The military, however, disagreed.

The end of an army career…

“I had to explain my psoriatic arthritis to the army in a medical evaluation. I was told I was no longer eligible because I was reliant on medication and because my condition would never be cured.

“Devastated, I appealed a number of times, and even came off my medication to try to show that I didn’t need it. But, within six months, I effectively ground to a halt, proving to both the military, and myself, that I could no longer consider an army career.” 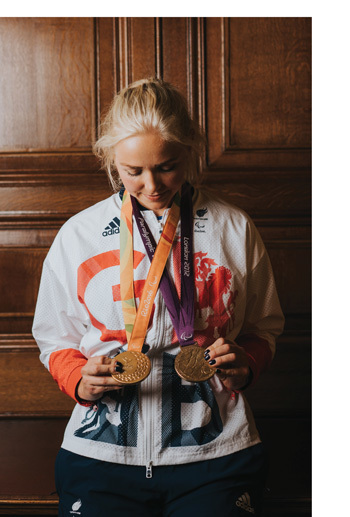 … the start of an Olympic journey

Meanwhile, Monica Relph, Pam’s sister, was in the British Olympic rowing team. Monica asked her coach if Pam could be eligible for the Paralympic squad. As Pam’s condition is permanent, progressive and restricts her movement, she classified, and was soon training for London 2012.

A gold medal win was followed, four years later, by another gold at the 2016 Rio Paralympic Games, making Pam the first double gold medallist in Paralympic rowing. It’s a far cry from the army career she had dreamed of, but as Pam says, “everything happens for a reason”.

“I’ve been taking methotrexate weekly since I was 18 years old,” Pam outlines. “The day after I take it I feel terrible and have to take the day off training. If I can’t for some reason, I split the dose, which helps a little. Injecting methotrexate is an option but there are so many rules for athletes about injecting, that I’ve steered clear so far.

“My wrist doesn’t move so it limits me in training. I have to do lifting exercises and press ups differently, often with straps around my wrists. It’s important not to overcompensate with my good side. A team from the University of London designed a hand strap for me to use on the rowing machine that equalises the load on my body.”

Since winning gold at the 2016 Paralympic Games in Rio, Pam has taken some well-deserved time away from her rigorous training regime. She is working with companies giving keynote speeches to inspire people, using her experience of overcoming adversity and performing under pressure. “My advice to anyone living with arthritis, is to keep moving as much as possible,” she says. “I know it can feel counter intuitive to move when you’re in a lot of pain. Even getting out of a chair can be difficult, so it’s tempting to stay still.”

“Try to do a little more every day. Medication does some of the work, but the rest has to come from us.”