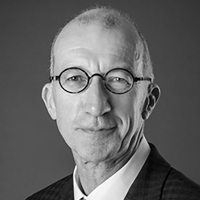 Pioneering surgical methods — plus technical breakthroughs and new mindset techniques — are changing the future of knee operations, says one of the UK’s most senior knee specialists.

Traditionally, arthritis was mainly a disease for the elderly. “Now, the patients we see are getting younger,” says Barrett. “That’s partly due to sports-related injuries and partly because people are getting heavier. But it’s also because patients have become more demanding. Previously, people with knee issues would simply accept reduced mobility. The new breed of patient isn’t willing to do that. They want to be able to play golf and tennis in their retirement.”

Knee surgery where you can walk the same day

Patients with knee issues usually present with pain, swelling and stiffness in their knees, which first inhibits sports and more strenuous activity but later begins to impact on their day-to-day lives: shopping, driving and even sleeping. “When bone begins grinding on bone it is extremely painful,” says Barrett.

Knee replacement surgery may be needed, but for younger patients, compartmental resurfacing (or partial knee surgery) — a procedure co-pioneered by Barrett — could be an option. “This is surgery which resurfaces parts of the knee,” he explains. “Think of it as having tooth filled, rather than having all your teeth pulled out and false ones put in.” He believes it could be the future of knee surgery.

Compartmental resurfacing is carried out under general or spinal anaesthetic through an incision that is approximately three inches long (rather than 12 inches for total knee replacement). The operation takes about an hour; and because it’s a less invasive procedure, patients are able to walk the same day, and possibly go home the next. Knee resurfacing, while niche, has been available for around 20 years. Although early results were mixed, more modern resurfacing techniques have been available over the last five–ten years, increasing success rates.

Barrett points to three other advances that are changing the future of knee surgery. “Firstly, we are employing the computer software used to design cars and aircrafts to design knee implants and predict how the human body will respond to them,” says Barrett. “Robotics and virtual reality are also making surgeons’ jobs easier. At Southampton University, we are working with navigated robots to make accurate cuts in the patient’s knee; and we are also developing virtual reality to show the surgeon exactly where the implant needs to be.”

Finally, surgeons are rethinking patient care. “Knee surgery is a significant operation,” says Barrett. “So we have been using high-performance mindset techniques with the patients before surgery, during anaesthesia and after surgery to prepare them for what they are about to go through. What we can show is that a properly prepared and relaxed patient enjoys a quicker recovery time and a much better outcome.”