Ex-Emmerdale actress and Patron of NRAS, Claire King, was shocked to be told she had a chronic disease in her late twenties. She insists it hasn’t held her back from living a full life. 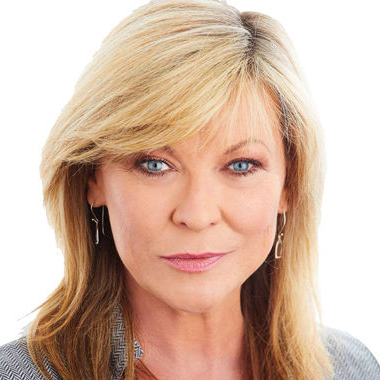 Ex-Emmerdale actress and Patron of NRAS

Ex-Emmerdale actress and Patron of NRAS, Claire King, was shocked to be told she had a chronic disease in her late twenties. She insists it hasn’t held her back from living a full life.

Being diagnosed with rheumatoid arthritis isn’t what you might expect as a person in their late twenties. Actress, Claire King, was sporty and a keen horserider, not for one second thinking that the pain starting to announce itself in her joints would stay with her for life.

Both of Claire’s parents battle chronic diseases and Claire’s inner strength comes from seeing their determination.

“My joints swelled up, and my knees felt like someone had hit them with a mallet,” Claire says.

“You just think, ‘this is an old person’s disease, am I going to end up in a wheelchair?’. There was very little treatment available at the time. You just tend to think the worst.”

Immediately, Claire had to change her diet and lifestyle to help manage her arthritis. Specific foods and drinks had to go, and she still feels the loss of red wine! “It’s shameful,” she joked.

Side effects affecting her career

As an actress, especially in the modern age, any changes in weight are often seized upon by the media. Steroids are a common treatment for the inflammation that comes with arthritis, and weight gain is a side-effect of steroids. It can be hard to avoid the scales going up when vigourous exercise is difficult, because of the arthritic pain.

Finding movements that your body can cope with is a big step towards managing arthritis and leading an active life, says Claire. “Yoga has been great for me,” she said. “Things like running or lifting weights though – it’s just too punishing on my joints.”

Claire still rides horses, but with less gusto than before her diagnosis. “I just don’t bounce like I used to!” she chuckles.

While she insists her pain hasn’t held her back, she works with organisations, such as NRAS (National Rheumatoid Arthritis Society), to challenge misconceptions about what is often an ‘unseen disease’.

When she appeared on Strictly Come Dancing’s fourth series in 2006, some felt Claire’s arthritis was an attempt to hoodwink the audience into a sympathy vote.

“It wasn’t at all. I was trying to push through the pain and do the best I could, it’s just that people don’t see your pain so it’s harder for them to sympathise.”

Both of Claire’s parents battle chronic diseases and Claire’s inner strength comes from seeing their determination. Her dad has MS (Multiple Sclerosis) and her mum has both osteoarthritis and rheumatoid arthritis.

“I look at that and think, ‘Look, I’m ok. I’m still working and enjoying life’. That’s half of it, being thankful what you do have and staying positive. It will never stop me from doing my job or having an active life.”