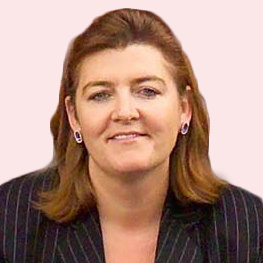 President of the Association of Breast Surgery

When diagnosed with breast cancer the next steps can be scary, with many options available. That is why doctors are working harder than ever to make women aware of what paths they can choose.

After first diagnosis, various options await. The cancer is first tested via a biopsy to see what receptors it contains. These receptors attach to the hormones oestrogen and progesterone, which can fuel the growth of cancer. Clinicians also look for evidence of HER2, a gene that instructs cells to make protein that can spread rapidly.

It is among these fast-fueled cancers that patients are very much involved in their treatment plan, which could now become less invasive.

Dr Julie Doughty, President of the Association of Breast Surgery says: “Typically, once someone is diagnosed with breast cancer, the majority will have surgery as their first treatment. But for the 10-15% of those with the HER2 protein, or in the 30% of patients who do not have the oestrogen receptor, there is the option of receiving chemotherapy before surgery and this could benefit the patient in many ways.”

Treatment can radically reduce the tumour

While chemotherapy is prescribed after surgery as standard, the concept of switching the process to chemotherapy before surgery can radically reduce the tumour, depending on its initial size.

This is called neoadjuvant chemotherapy and it means that a planned mastectomy could instead turn into a smaller lumpectomy if the tumour is found to have shrunk.

The one thing to remember is to always come back and talk to your doctor; you don’t have to make a decision at the first appointment.

Or, using oncoplastic techniques, there is the option of other procedures that allow a woman to avoid mastectomy. The first procedure removes the tumour as part of a breast reduction. The surgeon performs the same procedure on the other breast to ensure they are the same size. This style of treatment depends on the size of tumour and the size of the woman’s breasts to make sure the best aesthetic result is achieved. Alternatively, skin and fat can be moved from the back and abdomen leaving the muscle, a local perforator flap. This is  a much smaller procedure than a conventional breast reconstruction and is used to fill the defect after lumpectomy, leading to a much improved cosmetic result and avoiding mastectomy.

With chemotherapy taking between six to eight cycles, most clinicians will give women the choice of which way round they would prefer their treatment. For younger women, especially if there is a preference to save the breast, then the ability to shrink the tumour through chemotherapy gives a number of new options.

Hormone rich cancers could use a tablet for results

If the cancer is hormone rich, this could indicate that the patient is less likely to receive chemotherapy and could use a tablet instead to shrink the tumour. Dr Doughty says: “In older women, who want to try and save their breast, one option is to give a hormone tablet to try and shrink the tumour prior to surgery.  This approach, however, may take up to nine months before the tumour shrinks.

We want to think about the aesthetics of living after breast cancer but understand it is a big choice for a patient to make and they may need a number of appointments to make their decision in full.”

It is this option of patient choice (which is so unusual for many), that doctors really want patients to understand.

For Dr Doughty, there are a number of questions that newly diagnosed patients should be asked, and they include: “Does the cancer have oestrogen? Does it have HER2 protein? Is the patient suitable for a lumpectomy or mastectomy? If mastectomy is recommended, are there any options that can be offered if they want to try and keep their breast?

“Essentially, all options should now be available to patients, but we understand that this choice can be overwhelming. The one thing to remember is to always come back and talk to your doctor; you don’t have to make a decision at the first appointment.”