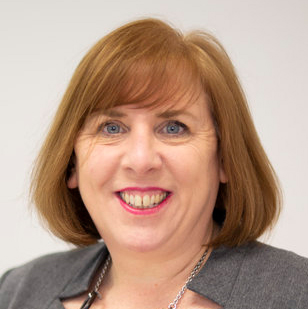 Smart technology has become mainstream over the last decade, automation has moved from tomorrow’s world to today’s reality, and dementia research is reaping the benefits.

You might think it is just teenagers embracing new technology, but we know people of all ages have incorporated smart technology into their everyday lives.

More than three in four people aged 55 to 75 now use a smartphone, some for over a decade.

Scientists have recognised that the latest technology could be used to make a huge difference to the lives of people with dementia.

From smartphone apps to wearable technology and home automation, a huge amount of investment is going into developing innovative technology that will improve quality of life and enable people with dementia to live in their own homes for longer.

A new, £20 million Care and Technology Centre at the UK Dementia Research Institute, headed up by Professor David Sharp, was launched earlier this year.

Based at Imperial College London, and funded by Alzheimer’s Society, alongside the Medical Research Council and Alzheimer’s Research UK, it is already leading the way in dementia technology.

Wearable technology is being trialled by people with dementia to track vital signs like heart rate, blood pressure and temperature.

Algorithms are being developed to flag potential problems. An infection may be able to be accurately identified by raised temperature, or a change in walking pattern may identify heightened risk of a fall.

The centre’s goal is to be able to monitor behaviour in the home with technology that doesn’t interfere with everyday life, and use this information to intervene before people run into problems, so they can stay living in their own home for as long as possible.

Keeping people at home, where they want to be, isn’t just beneficial for people with dementia, it saves the NHS money too, by reducing emergency admissions for preventable complications like urinary tract infections, falls and dehydration.

The power of smartphone apps

An award-winning app, ‘How Do I?’, developed by Taryl Law and the How Do I? team, which Alzheimer’s Society is supporting through its innovative Accelerator Programme, is helping people with dementia by prompting them on how to carry out daily tasks, like boiling a kettle.

The app uses near-field communication technology to trigger instructional videos when a smartphone scans different objects. So if someone with dementia waved their phone over a kettle, an instruction video of how to boil it will pop up.

People with dementia can create step-by-step videos to help with daily routines; everything from preparing a favourite meal, setting the table or getting dressed in the morning.

Smart apps are also being used to gather data that can help researchers understand dementia better.

Alzheimer’s Society has worked with a team of scientists at University of Oxford’s Big Data Institute, led by Dr Chris Hinds, to develop an app with a series of games, designed to test specific aspects of memory and thinking.

Using the app, researchers will build a picture of how the healthy brain works and, in the future, use this information to identify the early signs of the condition.

Alzheimer’s Society continues to fund development of innovations like these through its annual Accelerator Programme to help more people with dementia live better.

It is clear the technology being developed has the potential to revolutionise dementia care and dramatically improve the quality of life of families affected by dementia.

But technology will only ever be neutral. It cannot, and should not, replace human contact and the emotional support and care that friends, family and professionals can provide.