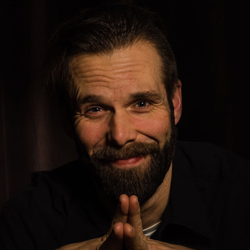 Tackling dementia and Alzheimer’s requires a more in-depth understanding of the mechanisms behind the diseases. Drug developers are partnering with leading service providers to explore new routes.

Why are there still no drugs to effectively tackle Alzheimer’s disease (AD) and dementia?

Research has shown that accumulation of amyloid protein correlates with cognitive decline, and drug-induced reduction of this protein improves neuronal survival and cognitive abilities in animal models. “Expectations were that the same would happen in patients,” says Nurmi.

While some clinical trials have shown that drugs intervene with the hallmarks of AD, this has not yet led to improved cognitive ability in patients.

Drug developers are exploring what can be learned from these failures, and undertaking novel approaches towards tackling dementia and AD

“In the clinic, patients are often evaluated for their cognitive abilities using standard tests, sometimes in conjunction with imaging techniques like MRI and PET to confirm the diagnosis”. However, to date, pre-clinical assessment of cognition has largely been restricted to the use of animal models, with little emphasis on incorporating imaging technologies,” Nurmi says.

“At Charles River we are implementing clinically-relevant structural and functional imaging in animal models, to support translatable drug research for dementia and AD. There is also a key driver within our research team to find a blood- or cerebrospinal fluid-based biomarker, which would act as an early and reliable indicator of drug effects.

Nurmi believes that combining these various approaches towards dementia offers a richer picture, with increased confidence in the clinical outcome. “Such a combination is yet to be found, but as scientists we are committed to find it”, says Nurmi.