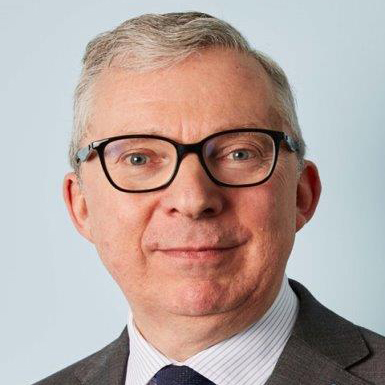 A future isolated from society is the stark truth for many living with dementia. It’s time to start a conversation about dementia, because it isn’t going away.

We hear, too often, the harrowing testimonies from people who have lost touch with friends and are forced to give up their careers. Alzheimer’s Society’s recent survey has shown half of people with dementia have experienced loneliness and lost touch with people since being diagnosed.

Do you know someone with dementia?

Around two fifths of the population know a family member or close friend living with dementia, so we all have a role to play in making the UK a place where they are included and supported. It starts by tackling feelings of worry and awkwardness about ‘saying the wrong thing’ about dementia.

This Dementia Action Week (20-26 May), Alzheimer’s Society is encouraging everyone to be a friendly face or listening ear. Small acts of kindness help people with dementia feel part of their community.

We’re committed to finding proven ways to transform the lives of people with dementia today.

Volunteering opportunities for people with dementia

An amazing 2.8 million Alzheimer’s Society Dementia Friends (dementiafriends.org.uk) are instrumental in helping create a dementia-friendly generation, changing the way people think, talk and act about dementia. And it’s not just individuals – there are also over 400 dementia-friendly communities and businesses.

Restaurant chains are uniting with us as part of an unprecedented movement for change – Dining4Dementia. It is inspiring to see people with dementia volunteer in restaurant roles, showing that with the right support and small adjustments; many can continue to contribute to the workplace.

Being diagnosed with dementia can often be a confusing and overwhelming time. You don’t know where or who to turn to for help. The Alzheimer’s Society Helpline is vital as people face the challenges of dementia. People affected by dementia tell us what a difference our support and advice can make.

Ultimately research will beat dementia. But while we’re working tirelessly to find a cure, we’re committed to finding proven ways to transform the lives of people with dementia today – such as Alzheimer’s Society’s £5.6 million investment in three University Centres of Dementia Research Excellence, as well as the groundbreaking Dementia Research Institute.

2019 marks the 40th anniversary of Alzheimer’s Society. It’s incredible to see how far we’ve come. This Dementia Action Week is the biggest yet. We are funding more research than ever before. We have the backing of millions, who are uniting with us against dementia. And we continue to speak ever louder to the government to campaign for change. But we’ve still got a long way to go, which is why we need everyone to start talking to people with dementia, about dementia.

This Dementia Action Week, it’s time to start talking. Find tips on how to start a conversation with someone living with dementia at  alzheimers.org.uk/DAW.