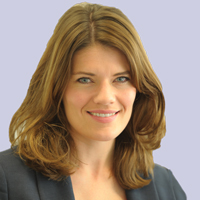 Innovative technology has the potential to change the lives of people with dementia; not only by shaping care and support, but by revolutionising research and transforming the way we diagnose and treat the condition.

Detecting the diseases that cause dementia early is critical. Research shows that Alzheimer’s disease, the most common cause of dementia, begins in the brain decades before symptoms start to show. This is a vital window of opportunity to intervene before there has been widespread damage to the brain. But we need to radically improve the way the disease is detected and diagnosed.

On the surface, the mobile game, Sea Hero Quest, is a fun, seafaring adventure. But as its millions of players make their way through the game, they are helping to create the world’s first, crowd-sourced database of human spatial navigation ability.

This data is allowing researchers to better understand orientation and spatial awareness and how these abilities begin to change in people with dementia.

Researchers have already shown that in a small group of people, the game can identify those at genetically higher risk of Alzheimer’s. A conventional memory test is unable do this – an intriguing step when it comes to moving the goal posts for diagnosis research.

Research shows that Alzheimer’s disease begins in the brain decades before symptoms start to show.

Capitalising on a digital revolution

At Alzheimer’s Research UK we are working to harness more of the untapped potential presented by the digital revolution. Mobile apps and wearable devices have the ability to capture a wide range of information that could provide clues about the health of our brains.

By forging collaborations between leading dementia researchers and experts in machine learning and data science, we believe we will be able to detect signs of a disease like Alzheimer’s decades earlier than we can today.

Improving diagnosis is not the only way technology is powering progress towards new ways to help people living with dementia. A new, £20m research centre at the UK Dementia Research Institute is developing new technologies to support people with dementia in their day-to-day lives and to make it much simpler for them to take part in research.

While technology is opening new doors in dementia research, it won’t just solve all our problems for us. Breakthroughs are only possible thanks to dedicated scientists, passionate research volunteers, and people who donate to support dementia research.

But technology is a powerful tool. And it’s driving a research revolution both inside and outside the laboratory.