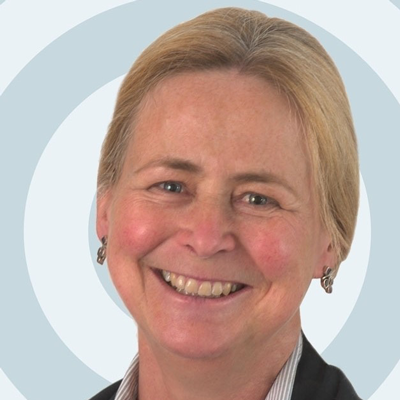 Hay fever is already upon us – birch pollen caused problems in April, followed by plane trees in May, and grass pollens are at high levels from now to the end of July.

Hay fever is the most common name for allergic rhinitis (AR), the most common immunological disease in humans. It now affects approximately one quarter of the UK population, but was a rare disease 200 years ago. The reasons for this change are unknown, but may relate to microbial exposure and possibly pollution.

AR involves a misplaced allergic reaction in which, after initial sensitisation (formation of IgE antibodies) to pollen, secondary exposures result in degranulation of mast cells in the nasal lining, with release of chemical mediators – including histamine – and symptoms of nasal itching, sneezing, rhinorrhoea and blockage in the nose. The eyes are often involved too, in what is then called rhinoconjunctivitis.

Why does hay fever matter?

Although often mild, AR can be severe and can interfere with sleep, cause poor concentration and a deterioration in work or school performance. GCSE performance is adversely affected. It can also progress to, or worsen, asthma. AR reduces control of existing asthma. During thunderstorms, when pollen grains are disrupted, hay fever sufferers may develop sudden, severe, and even fatal asthma.

What can be done for hay fever?

In primary care, the diagnosis can usually be made on the history of nasal symptoms recurring at the same time of year. Itching and eye involvement suggest allergy rather than a viral cold.

Antihistamines are helpful in mild AR, but must be non-sedating, otherwise the psychomotor retardation caused by AR is worsened. Most GP patients have moderate to severe AR – so need intranasal corticosteroids (INS), which are more effective than antihistamines, though slower in onset. Corticosteroids in recent nasal sprays are minimally systemically bioavailable and can be used in children. It is important to demonstrate correct use.

Subjects who are uncontrolled on INS can be given a combination of fluticasone propionate (INS) and azelastine (anti-histamine) in a single spray. This is superior to either drug used alone and offers rapid onset of relief in 15 minutes.

A brief course of oral prednisolone (for example, 0.5mg per kg orally in the morning for five days) can be used additionally as rescue for severe symptoms. Depot injection corticosteroids are not recommended as pre-seasonal prevention because of an adverse risk/benefit profile and the timing of release is inappropriate.

Unlike pharmacotherapy, immunotherapy can alter disease course: with evidence for a reduction in new asthma and new allergic sensitisations.

Sub-lingual, dissolvable tablets of grass pollen allergen are available and are effective. Initial dosing is under supervision, after which they are taken regularly at home. Sub-cutaneous regimes vary; some require four to six pre-seasonal injections, others – which appear more effective – involve year-round immunisation, initially weekly, then monthly.

All forms of immunotherapy require referral, usually to an allergist or immunologist for assessment of suitability for treatment. Patients with uncontrolled hay fever, despite concordance with pharmacotherapy, are prime candidates. Also consider referring patients who cannot tolerate pharmacotherapy or whose futures may be impaired by their symptoms, such as teenagers who face years of important examinations in June.

The World Health Organization Allergic Rhinitis and its Impact on Asthma (ARIA) initiative aims to provide individualised care to rhinitis sufferers using an app (MASK-air, Android and iOS). This uses a visual analogue scale to assess symptom control and work productivity, and has a clinical decision support system. Cessation of hayfever is unusual; many patients progress from grass pollen allergy to other sensitisations and to perennial rhinitis. Patients with hayfever have a threefold risk of developing asthma compared with those without, so hayfever can be the start of an allergic career.