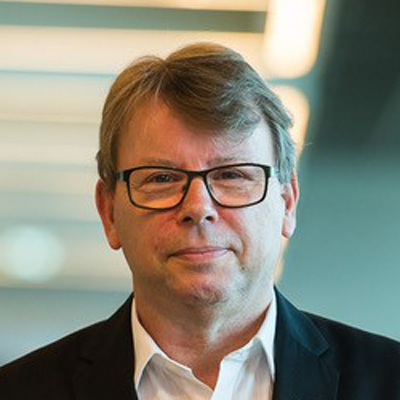 President of the European Haemophilia Consortium

After standing still for years, the haemophilia treatment landscape has started to look very different, with scientific breakthroughs offering hope to patients and clinicians.

But, scientific breakthroughs over the last five years have made the haemophilia therapy landscape look vastly different, giving patients and healthcare professionals cause for optimism.

In the mid-1990s, plasma-derived replacement therapy made from pooled human plasma, and recombinant (or synthetic) clotting factor therapies produced in live cells were introduced. But those were the last big innovations in haemophilia treatment for the best part of 20 years.

Thankfully, in 2014, a new range of recombinant concentrates with an extended half-life were licensed (‘half-life’ refers to the amount of time the body takes to reduce the amount of clotting factor to half in the bloodstream). These last longer in the blood and therefore offer more protection from bleeding.

Gene therapy trials for both factor VIII and factor IX deficiency are advancing at a pace — and cases have been recorded of patients reaching normal factor levels after a single infusion.

There have also been significant developments in monoclonal antibody technology for patients with factor VIII inhibitors (where the body recognises replacement treatment as a foreign protein, produces antibodies to fight it and stops it from working) and factor VIII deficiency.

“That’s been an extremely interesting development,” says O’Mahony. “A Japanese company has developed a monoclonal antibody that mimics what factor VIII does, with impressive results. Interestingly, this treatment is given subcutaneously, which frees people from constant intravenous injections.”

Gene therapy could be a game-changer

Then there’s gene therapy, which is closer than ever to becoming a reality. “We’ve been talking about the possibility of gene therapy in haemophilia for 20 years,” says O’Mahony.

“It’s always been ‘on the horizon’ but never quite in reach. But, now, gene therapy trials for both factor VIII and factor IX deficiency are advancing at a pace — and cases have been recorded of patients reaching normal factor levels after a single infusion.”

It’s still unclear how long the beneficial effects of gene therapy could last, however, and there are drawbacks to overcome.

For example, current gene therapy models aren’t yet suitable for children. Plus, because patients develop antibodies to fight it, the same treatment can’t be given again should it stop working.

“More research is needed to solve these issues,” says O’Mahony.

“But at least we’ve gone beyond asking: ‘Will we ever have gene therapy for haemophilia treatment?’ It’s just a question of ‘when’ now. I believe it will probably be licensed within two years. Overall, we’ve seen more changes in haemophilia therapy in the last five years than in the previous two decades. And I think the changes we’ll see in the next five years will make the last five look slow.”

Unfortunately, the global picture is that 70% of people with haemophilia have limited or no access to new or current therapies. This must change, O’Mahony insists.

Countries — especially developing and emerging countries — need proper procurement systems in place to ensure new and current therapies are available to those who need them at cost-effective prices.

They also need to allow clinical experts and patient organisations (rather than just government officials and accountants) to be involved in the procurement process.

“One of my major hopes is that some of these new therapies will be priced at a point where they will be more accessible to people,” says O’Mahony.

“We need to make sure that pressure is put on the pharma companies producing novel and gene therapies to make them affordable. After all, there’s no point in them developing a really good new treatment if most patients aren’t able to access it.”